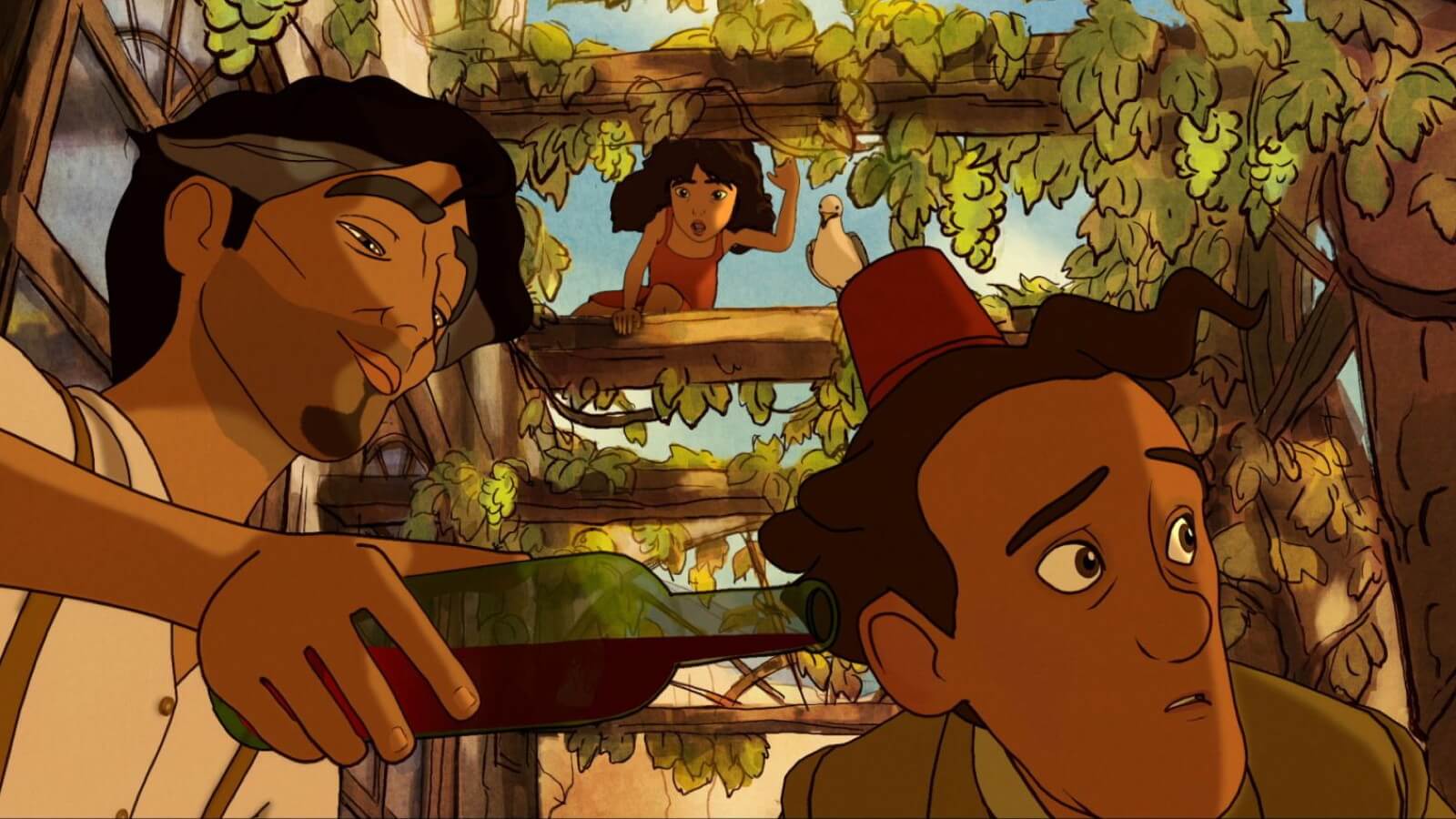 My cousin, an expert on family trees, swears that we’re distantly related to the late, renowned Lebanese poet Kahlil Gibran.

Rumour has it the grandmother of my grandmother’s cousin was the sister of Kahlil Gibran’s mother. Or something like that.

Ok, I know what you’re thinking; this is too good to be true – an ancestry that every wide-eyed romantic of Lebanese heritage would jump through hoops to claim. But please humour my inner dreamer anyway, as I pretend to share a smidgeon of Gibran’s DNA – if only to feel a little braver and wiser.

After all, his best-selling book The Prophet has been my dog-eared companion for years, as bright eyes took in his words on all matters ranging from passion and love, to freedom and pain, committing them to memory. Ideas that pressed on my mind as I sat with Ron Senkowski, the lead producer of The Prophet‘s film adaptation, before watching the movie at the Lebanese Film Festival in Sydney.

Ironically, my camera chose this day to fizzle out mid-interview, and no spare battery could bring it back. Another producer may have found this tiresome, but Ron Senkowski put me at ease as we laughed about the fickle ways of technology, and I learnt that he once shot an entire series on his phone. Sometimes the simple method is best.

It seems fitting that Senkowski worked on Kahlil Gibran’s The Prophet, a bewitching film that tells the story of political prisoner Mustafa through a back-to-basics approach to animation. Mustafa shares his ideas about living life to the fullest as he is escorted through town, followed by young friend Almitra, who is concerned about his safety.

“It’s a film that will find you in a different stages of your life, whether you’re going through a relationship challenge, work challenge or existential crisis,” Senkowski said.

I enjoyed the bond between Mustafa and Almitra, as well as the invented storyline, which served as a vehicle to deliver poetry from the book. There was no shortage of mischief, which at times had me chuckling and would clearly appeal to children. As for us grown-ups, I wondered if the political tinge moonlights as commentary on world events, a question that Senkowski addresses in the video interview below.

Politics aside, this was a labour of love spanning 15 years since the day that producer Salma Hayek conceived the idea and pulled in an army of people from around the world to work on it. The eight chapters were animated by different artists who enjoyed a certain level of creative freedom, ranging from water colours and clay to cut outs and pencil drawings.

The energy was dreamlike, as Liam Neeson narrated a selection of Gibran’s poems word for word. I’d love to one day see a live-action version of this book, blending philosophy and film in such a subtle way as to get viewers relating to and thinking about the ideas. Nonetheless, there’s always a risk of affecting the magic that lingers in the author’s carefully crafted prose, but this film mesmerisingly delivered.

Kahlil Gibran wrote that “work is love made visible”, and there is no doubt that the artists honoured this with their painstaking imagery, which took three years to complete. The traditional animation enhanced the charm that is so often lost in this fast-paced world. The music was also striking, often setting the tone for each scene, for better or worse. 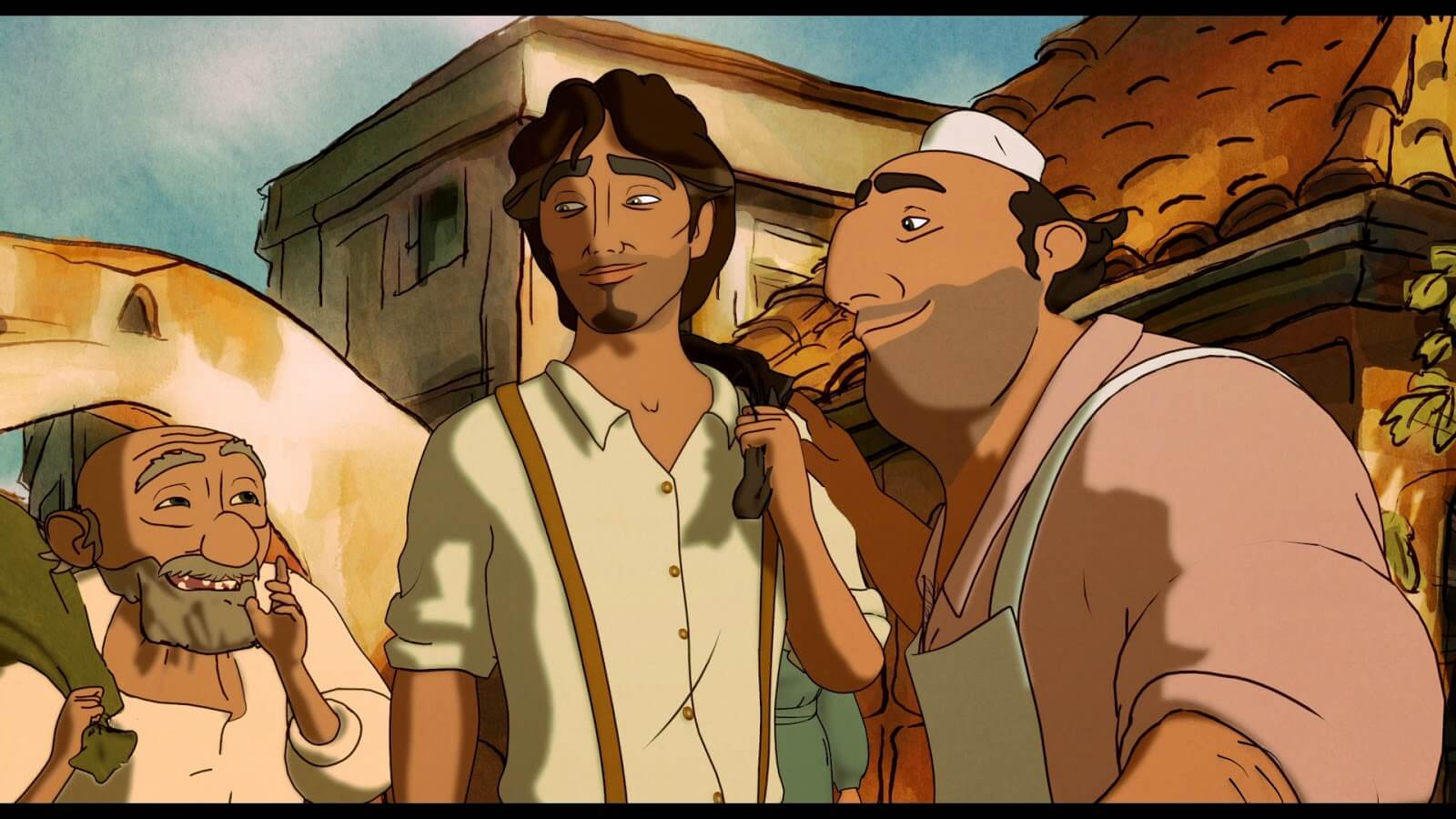 At the screening, one viewer pointed out that this film weakens its Lebanese roots by failing to include Arabic instrumentals, accents and other cultural identifiers, which would have been a nod to the vital role that Gibran’s heritage played in shaping his poetry – a heritage so valued that it took eight long years for the people of Gibran’s home village of Beshari to relinquish their rights to The Prophet.

Senkowski’s response was that the producers freed the mythical town of Orphalese from a particular time or place to avoid dictating a vision, so that more people can relate to the film.

“Animation gave us some elasticity, we could play with time and space and we could set it in a timeless place that’s mythical.”

Although this may make practical sense, a stronger Arabic vibe in the film could have fostered a sense of pride for a culture that rarely makes it into Hollywood in such a positive way, without necessarily alienating viewers.

Universal or not, don’t drag your friends to see this movie if they prefer not to look too deeply into life. If, however, the warmth of this film settles on your skin, let it remind you that you’re in love with the power of words, regardless of who your ancestors may or may not be.

Melissa is a freelance journalist who blogs at www.dirtyinghands.com

To hear more from lead producer Ron Senkowski, watch Melissa’s interview with him at the Lebanese Film Festival screening of his film:

The 2015 St George Lebanese Film Festival is running in Sydney until September 5. Check out their full schedule here!