Cartel Land: documenting a war against the people 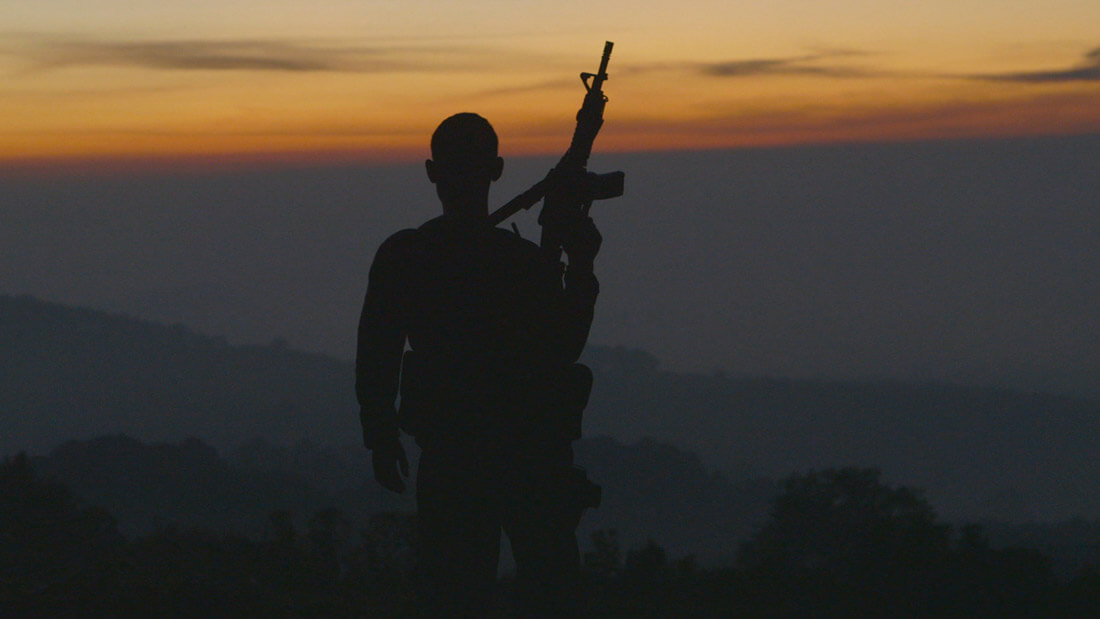 With footage to rival an action movie and, at moments, a horror movie, the documentary Cartel Land lays bare what a group of Mexican citizens are doing to protect themselves from the longest drawn-out conflict they are facing – the Drug War.

Directed by Matthew Heineman, the bold documentary is shot on-the-ground and tells two disconnected tales about two different groups. The camera chiefly follows the growth of a citizen resistance movement in the Mexican state of Michaocan. Common men – labourers, tradesmen, shopkeepers, and a local doctor – form the Autodefensas: a self-defence guerilla group fighting against the brutal drug cartel, Knights Templar.

Heineman occasionally cuts away from Michaocan and the Autodefensas to the Arizonan border, where fed-up American veteran, Tim Foley, has also taken it upon himself to police the mountainous ranges on the border in order to stop Mexican drug cartels from pouring into the US. His weathered face maps a sort of defiance (“If not me, then who will?”) and a strong disillusionment with his country for its laxness on ‘illegals’. 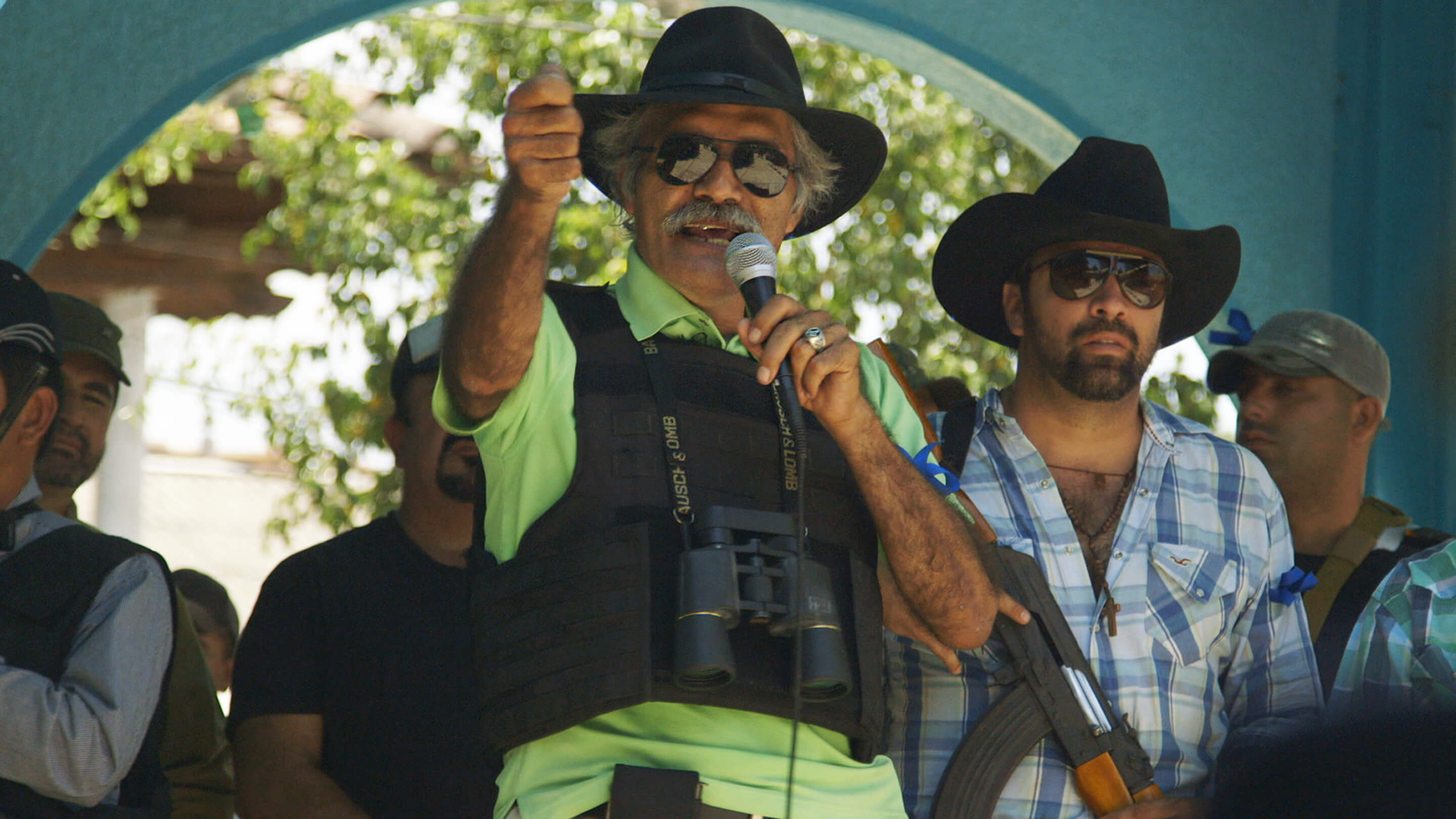 Back in the south of Mexico, the film tracks the movements of Autodefensas leader Dr Jose Manuel Mireles, a man who exudes courage and is unquestionably the kind of person born to lead. Dr Mireles, a towering and stoic-faced medical doctor, recruits townspeople and coordinates missions in order to cleanse their communities of the drug syndicates that grip neighbourhoods with fear. They do so by strategically surrounding and raiding the homes of Knights Templar members and exacting justice, and much of it is caught on camera.

Most towns are accepting of the Autodefensas entering their communities and sorting out the drug cartel problem (which they are successful at doing, ultimately leading them to gain national attention). Unsurprisingly, however, there are also citizens who want peace and say that if the Knights Templar run the show without too much drama, then so be it. 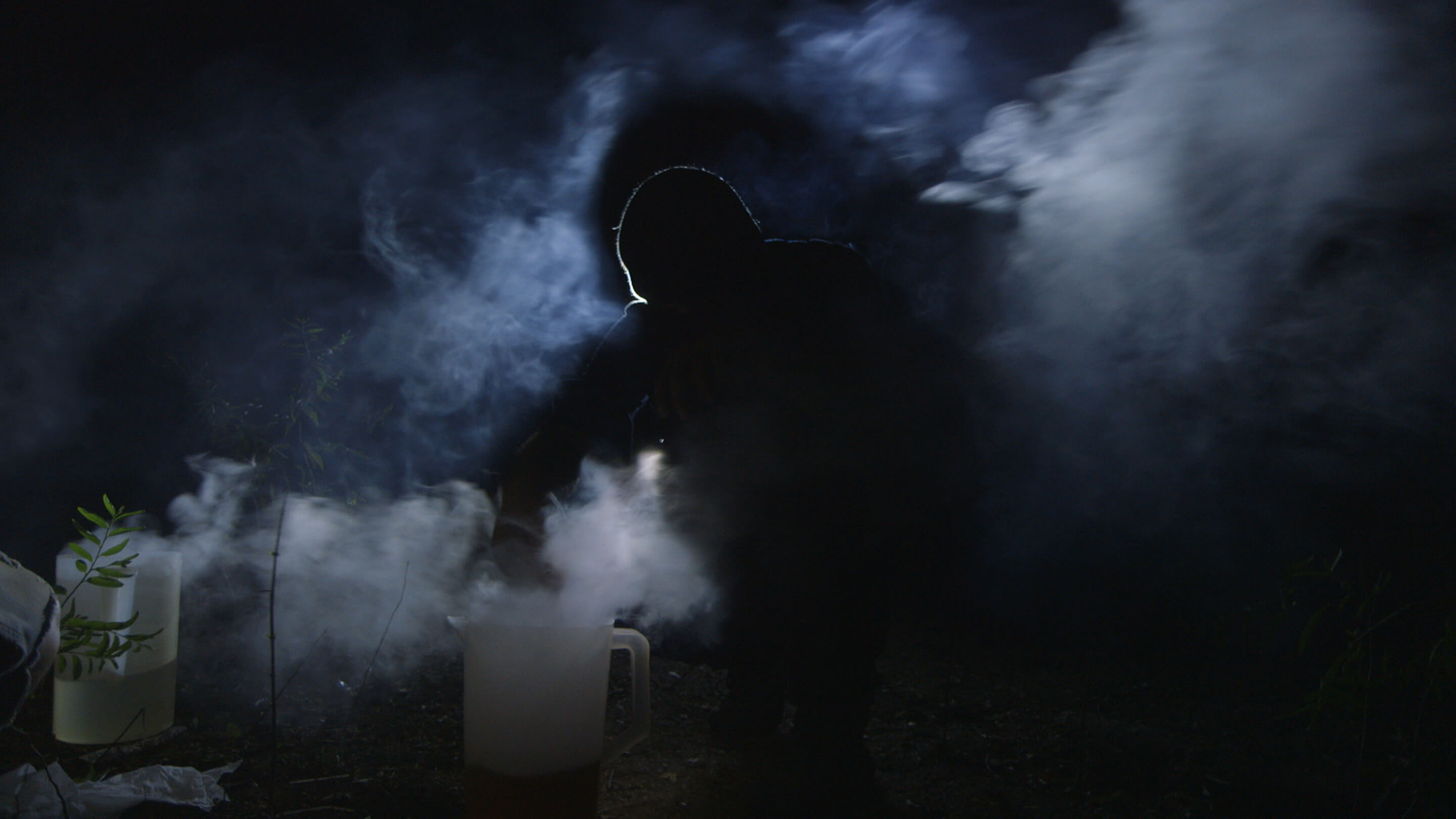 Cartel Land, put simply, is gorgeously shot. The thread of scenes with rolling hills and mountains, dirt roads and an expansive sky that could swallow up all the subjects paints the picture of generally tranquil and sleepy Mexican towns. But the shocking images of rotting bodies hanging from death ropes and the detached heads of men who fell before the swords of the ruthless Knights Templar cartel strewn all over the ground disrupt and overshadow the landscapes and entrancing time-lapses.

The burial of the lime pickers violently slaughtered in the town of Tepalcatepec by Knights Templar is perhaps the most confronting of scenes. A lime tree farmer who did not pay his dues to the cartel had his workers – many of whom were children and teenagers – murdered brutally as punishment. A local woman describes how the children were smashed against the rocks, and it is hard not to wonder why these cartels have not been ended – why they have not been crushed by the state.

Government complicity in drug crime and injustice is a recurring message, and it is particularly highlighted in scenes where vigilantes in both Michaocan and Arizona are disgusted and unimpressed when watching the news. Many scoffs are captured when Mexican president Enrique Pena Nieto states seemingly vacant, empty promises to end the cartels.

It’s not hard to see from the toing-and-froing in the townships of Michaocan and the Arizonan border that the drug crisis is hopelessly entrenched throughout Mexico and that it deeply affects many – enough to take up arms to restore whatever stability and security they can.

Ultimately, the cartels never disappear. The government is in on the business, as the administration seems to be more troubled by the Autodefensas. They try to disarm the movement to no avail, and later offer to co-opt the group and make them a state force.

So while Dr Mireles recovers from a plane accident, the Autodefensas becomes what it initially fought against; Meth cooks and people with connections to Knights Templar creep into the resistance movement.

Now under the leadership of Papa Smurf – one of the original Autodefensas fighters – the men swap their signature white shirts for the military-style state uniform and, against the will of Dr Mireles, become the heavily armed, government-approved Rural Defence Force.

The cyclical, never-ending drug war continues. Dr Mireles goes into hiding and is later imprisoned for being a dissident. He is detained until this day.

The optimism felt throughout the film while the Autodefensas won back their territory quickly crumbles. The reality is that there is only one war – the one whereby drug cartels are in collusion with government authorities against the people.

The Sydney Film Festival program will run until June 14, 2015.