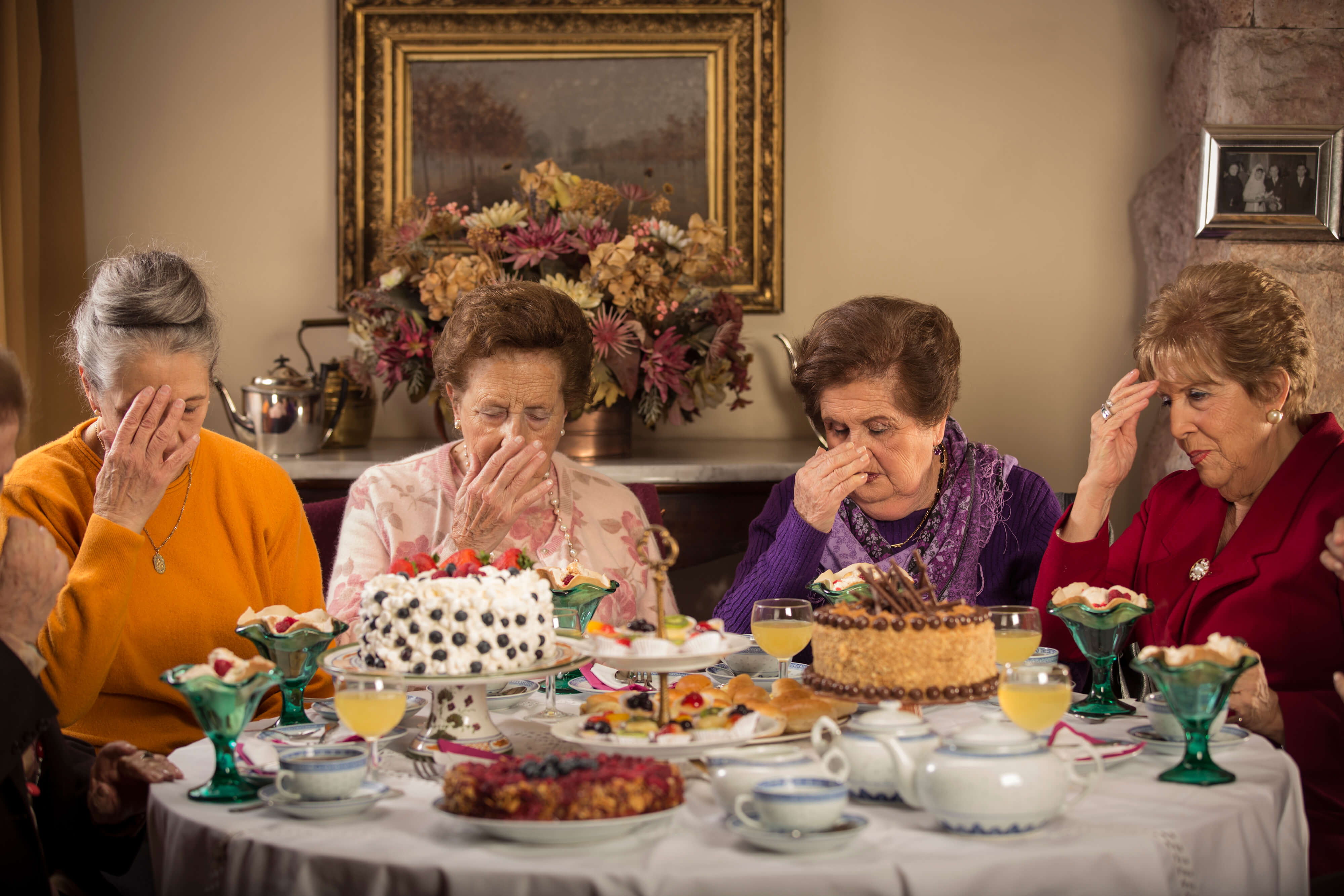 Tea time is a longstanding tradition for these friends. Image source: supplied.

Tea Time, a Chilean documentary screening at this year’s Sydney Film Festival, is a visually beautiful film that follows the chatter of a group of elderly women as they meet for tea once a month at each others’ homes.

A tradition that dates more than 60 years, these women are inseparable high school friends. Early on into the film, we see black-and-white photos of them in their youth, huddled together around tables laden with pastries and tea. The director, Maite Alberdi, then makes a point of using regular close-ups on their faces, where the deep lines, sagging skin and wobbly make-up emphasise the passage of time and longevity of their ritual.

Filmed over a period of four years, viewers get a great insight into the group dynamic and each woman’s story. Most are widows, like the buoyant Teresa who encourages her disabled adult daughter to play the flute for the group. Others are in marriages with husbands who have been unfaithful or domineering. Only one is single, never having married and that is Gemma, whose eyes wander and face slowly contorts when the others speak of love and weddings. 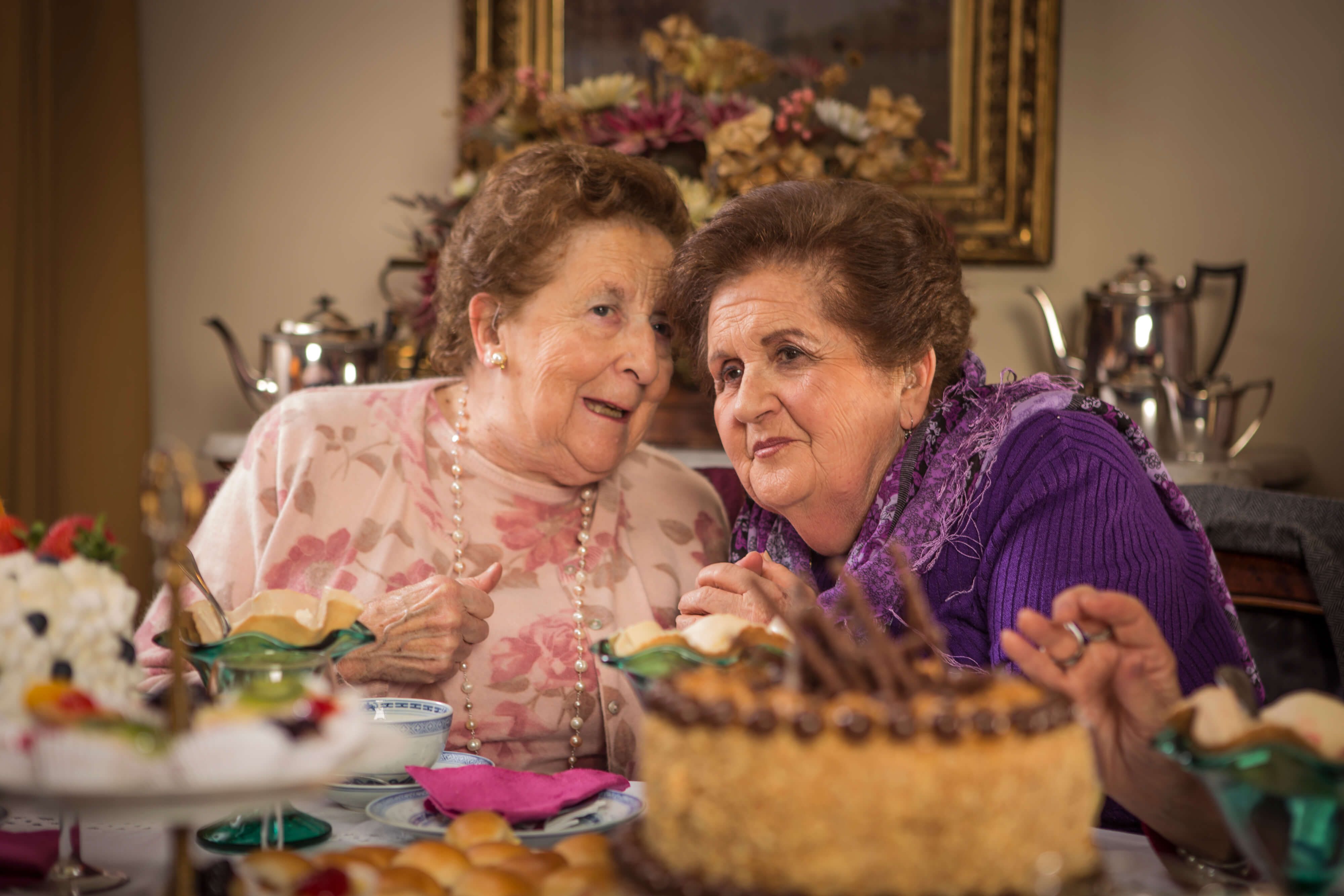 There are a few parallels to Arab culture. Image supplied.

There is a lot of arguing and reminiscing over the past, and it is this true-to-life dialogue that gives the film its real depth. There is raw honesty and openness to their discussions as they talk about illness, death, love, religion and friendship. Not only are their opinions interesting, but their attitudes serve somewhat as an antidote to what happens later in the film.

I couldn’t help but note just how similar these women are to the Arab aunties we all know. Everything from their physical appearance – decked in jewellery and either with heavy make-up, or none at all – to their behaviour – gossiping and commenting on things with absolute authority – reminded me of Arab culture and mannerisms.

Take marriage as an example: the ladies in Tea Time were raised to believe that everything revolved around being a good wife. Although they acknowledge that things have changed – in some instances, perhaps for the better – they still ultimately believe that the values of femininity they were taught are better than what they see now. They express concern for the lower value that society now places on marriage and are horrified to hear of women twerking and being ‘lavish’ (that is, promiscuous). It would be fair to say these are also common topics of discussion during a sahra or ziyara.

Another similarity to Arab culture, I noted, is the insistence on silent, dignified suffering to ‘save face’ – a concept that so many in the group talk about in regards to unhappy relationships. It seems that the reputation and honour of a woman is critical to both cultures. 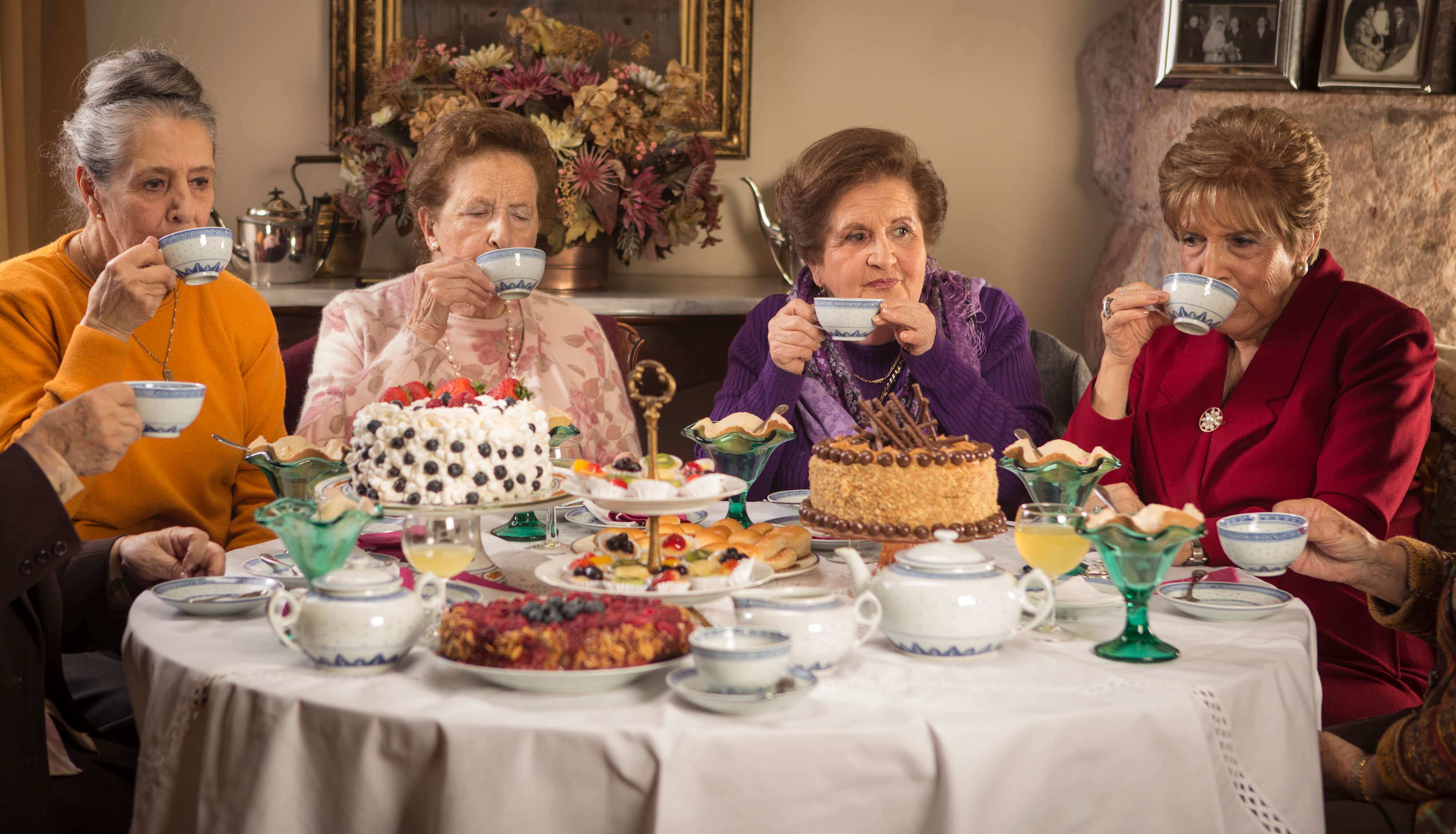 Yet despite the heavy subject matters of discussion, the documentary never turns gloomy thanks to the women’s abundant humour and quick wit. They joke about death and implore each other not to read out a ‘rubbish’ prayer for longevity because it seems to kill off people faster. In one of the most charming scenes, they wear oversized hats with the Chilean flag and scream in delight as their national football team scores a goal.

There is a lot of colour too, from the deep plum shade of their lipstick to the orange of the infusing tea. The camera captures all of this, panning over the food slowly and zooming in as they reapply their makeup throughout. The cinematography and music in the movie complement each other well, allowing the warmth and comfort of the setting to transcend the scene.

The film is more likely to appeal to older viwers, but the theme is a timeless one. Ultimately, the strength of friendship between the women is Tea Time‘s lasting impression. There is something inspiring about watching friends of over 60 years continue meeting up to chat and support one another. The poignant ending serves as a reminder to both the women and the viewer that the bond of true friendship can never be severed.

Tea Time will next screen at the Sydney Film Festival on Saturday 13 June .

Mariam is a producer for ABC local radio and PR officer and a sub-editor at Sweatshop: Western Sydney Literacy Movement. She recently graduated from the University of Technology Sydney with a combined degree in Journalism and International Studies, sub-majoring in Transnational Studies. As part of her degree, she spent 2013 sharpening her Spanish at the Universidad de La Rioja, Spain. She is interested in global politics, religion, media, film and literature.