As a fourth generation Palestinian forcibly uprooted and exiled from her homeland, I always felt out of place. Born in one country, migrating to another, holding two citizenships and having family dispersed across all continents brought about a struggle to come to terms with my identity and sense of place and belonging.

Whenever I read Edward Said’s work, I always felt that something on a personal level was answered. One essay that stood out for me was Reflections on Exile. Originally published in 1984, Reflections on Exile captures Said’s and other intellectuals’ conditions of exile, as well as the implications of exile for those who experience it in the widespread modern condition of uprootedness.

A life of exile, immigration and travel shapes one’s identity. As much as one seeks stability, there is always a sense of separation from a particular place, home, language or culture. Said states, ‘Exile is strangely compelling to think about but terrible to experience. It is the unhealable rift forced between a human being and a native place, between the self and its true home: its essential sadness can never be surmounted.’ 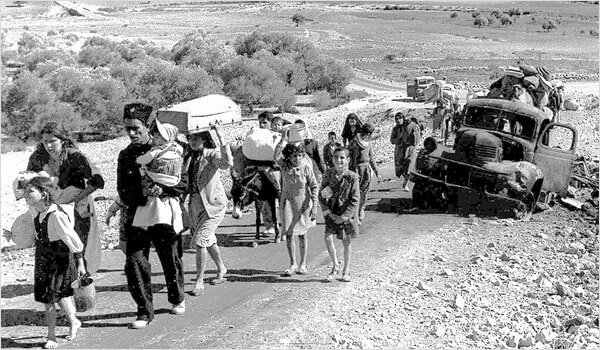 Palestinian refugees in 1948. By: Fred Csasznik

There is no doubt that as a Palestinian living in the Diaspora, memory and romanticisation was part of the narrative that I, along with many others, grew up in. Nostalgia and memory were perhaps key elements that helped, and at the same time clashed, with the formation of my identity as a Palestinian. I grew up hearing my grandparents’ tales of terraced fields that stretched for miles. They spoke of the delicious Jaffa oranges, the taste of sweet figs and plums and the crunch of fresh green almonds dipped in grains of salt. I heard my grandparents share their darkest moments of their trials and tribulations during the Nakba. I saw the sadness and anguish in their eyes. I heard my parents’ recollections of their one and only visit to Palestine as teenagers, and how it was the best time of their lives. Hearing these stories, you grow up with a want – an incessant need – to go back to the land and back to their roots.

Nostalgic memory then, in its various forms, brings about solace. As Said states, ‘While it is true that literature and history contain heroic, romantic, glorious, even triumphant episodes in an exile’s life, these are no more than efforts meant to overcome the crippling sorrow of estrangement.’

Said’s own exiled condition as a diaspora Palestinian in the United States is reflected beautifully in the essay. As an intellectual, he sheds light on the views of exile in literature that ‘at most objectifies an anguish and a predicament most people rarely experience first hand’. But through his own experiences and those of poets like Mahmoud Darwish, Faiz Ahmad Faiz and Rashid Hussein, one can relate to the narrative of memory as a means of resistance and how according to Said, ‘exiled poets and writers lend dignity to a condition legislated to deny dignity – to deny an identity to people’.

It is this dignity and identity that is especially reflected in new Palestinian writing on exile and memory. On the 66th commemoration of the Nakba, Palestinian-American writer Talal Alyan reflected, ‘Memory, then, for Palestinians is a self-prescribed stabiliser, an impulse against much more than the theft of land or symbolic olive tree. Our grasping of the past should be understood not only as an act of resistance but also one of centring. Without it, we would surrender ourselves to more than physical occupation and exile; we would be displaced from ourselves.’ 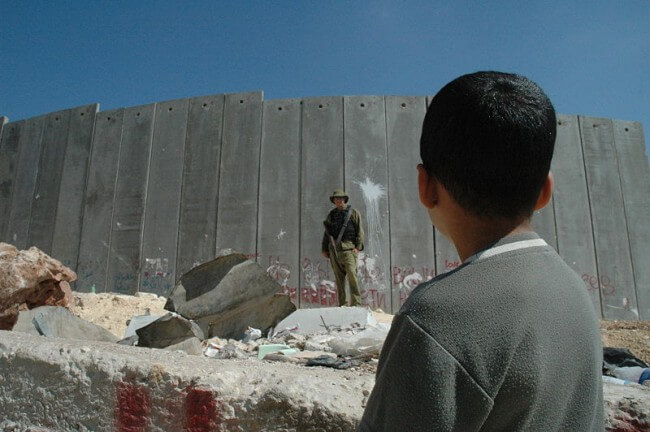 Some may argue that what I have said so far is nothing more than a reflection of nationalism, but it is not. Nationalistic engagement of the Diaspora community is not a new phenomenon. It has an essential association with exile. However, while it is crucial to be able to distinguish between being in the state of exile and nationalism, it is important to also realise that they cannot be discussed neutrally. Edward Said explored this notion too in his essay.

‘Both terms include everything from the most collective of collective sentiments to the most private of private emotions, there is hardly language adequate for both. But there is certainly nothing about nationalism’s public and all-inclusive ambitions that touches the core of the exile’s predicament. Because exile, unlike nationalism, is fundamentally a discontinuous state of being.’

This discontinuous state of being remains a part of my life, and is manifested as a consistent estrangement that I still struggle with. Whilst not experiencing the Nakba first hand, I was born into it. I inherited such a loss and love for the place as to label myself a ‘daughter of the catastrophe’ in a recent poem. Whilst the former may seem a gross exaggeration, I have learnt that those who have not experienced exile can take the notions of home and language for granted.

There is something about people losing their ancestral homes – whether it is through occupation, ethnic cleansing, or bank foreclosures – that allows them to relate to that sense of not having stable ground; a sense of nomadic uprootedness. Yet we persist through the breaking of barriers to experience different places, land and homes whilst holding the past in sweet melancholy. In the words of Said, ‘Exile is predicated on the existence of, love for, and bond with, ones native place; what is true of all exile is not that home and love of home are lost, but that loss is inherent in the very existence of both.’

Said provides a delicate, humane and intimate insight on exile from the perspective of an intellectual and individual who has experienced exile throughout their life. Despite the fact that it was written a year before my birth, Said’s conclusion in Reflections on Exile could not reflect my current state any better.

‘Exile is never the state of being satisfied, placid, or secure. Exile, in the words of Wallace Stevens, is “a mind of winter” in which the pathos of summer and autumn as much as the potential of spring are nearby but unobtainable. Perhaps this is another way of saying that a life of exile moves according to a different calendar, and is less seasonal and settled than life at home. Exile is life led outside habitual order. It is nomadic, decentred, contrapuntal; but no sooner does one get accustomed to it than its unsettling force erupts anew.’

Edward Said influenced me to be courageous, engage in critical thought, go beyond the confines of melancholy and expand my horizons – all whilst not forgetting my love of home.

Nour Salman is a Palestinian-Australian graduate in International Relations and International Communication. She is the Arts & Culture Editor at Beyond Compromise. She tweets here .