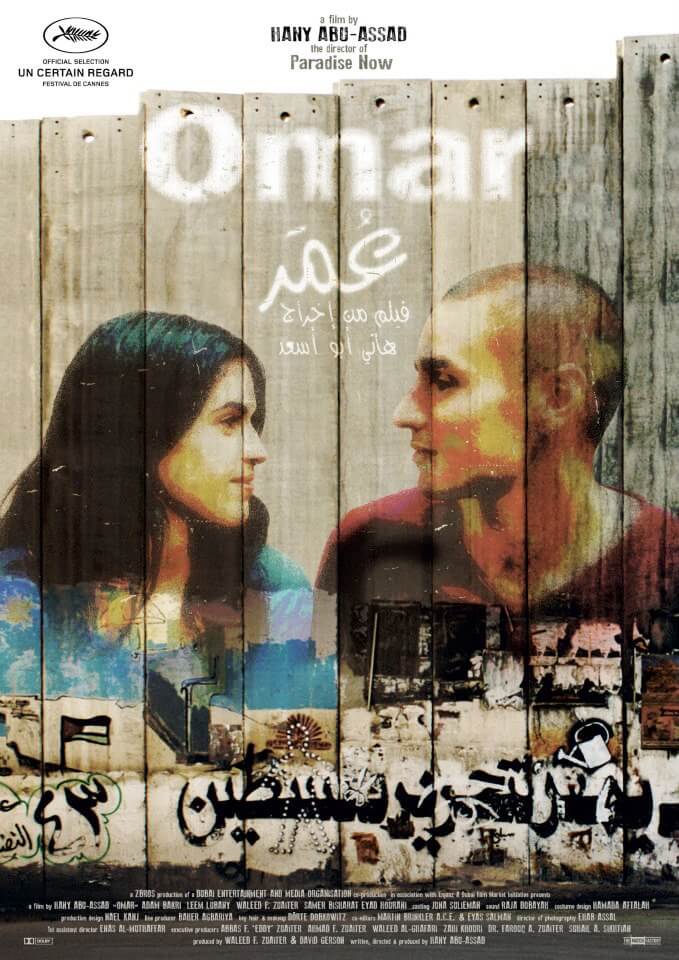 Normality is only a dream, a hope, and a fantasy.

The film tells a love story centred around a shy baker, Omar, who is in love with his best friend’s sister, Nadia. It begins with scenes of Omar scaling the occupation wall to secretly meet with Nadia. Omar’s loyalty to his friends – including Nadia’s brother – to the Palestinian struggle and to his love of Nadia begin crushing him when he is arrested by the Israeli occupation army and accused of killing a soldier. He is told that if he wants to see Nadia again he has to become an informant; he has to work with the enemy to save himself.

Omar shows that being in love and wanting a normal life is not attainable under the harsh realities of an Israeli occupation that has rendered people suspicious of one another, living on the edge of fear and hate. Beyond being just a love story, however, Omar is also a twisting and riveting thriller about betrayal in the occupied territories. It takes you on a journey through the alleyways, rooftops, lounge rooms, prisons and to the other side of the occupation wall.

After his success with his first international hit, Paradise Now, Abu-Assad delivers another fantastic Palestinian film. The production values and performances are flawless and well deserving of the 2014 Oscar nomination it received for Best Foreign Language Film, as well as the Cannes Film festival Un Certain Regard, where it won the Jury prize, and the 2013 Best Feature Film at the Asian Pacific Screen Awards. This energetic and suspenseful drama highlights not only the trauma of the occupation, but also the anger and mistrust that develops between family and friends when someone is thought to be an informer.

Omar is showing at the Sydney Film Festival in Sydney on June 9 and June 15. Visit the website for more details.