The art of the manoush 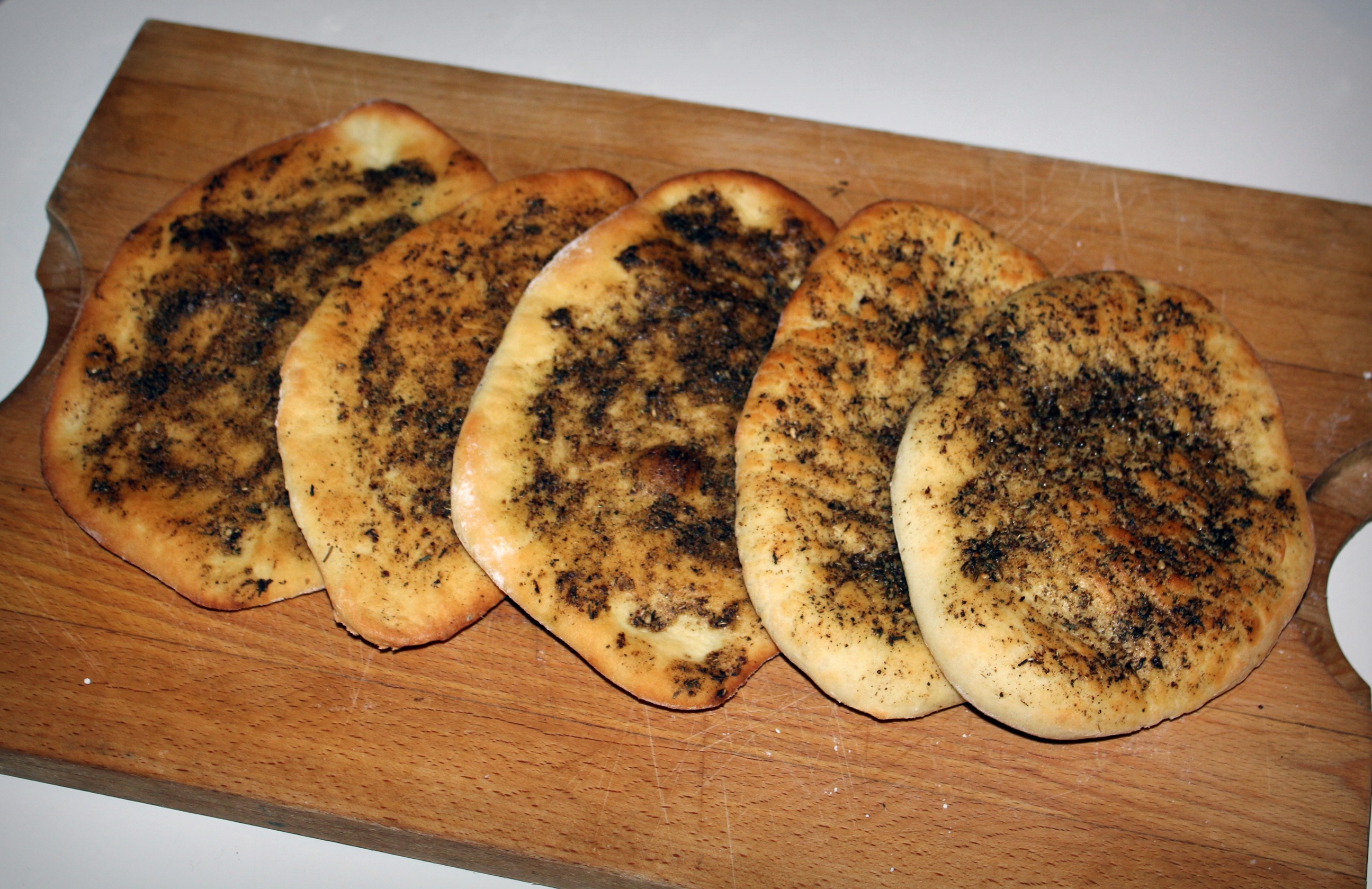 By Adina from Nazar Blue

I canвЂ™t imagine a world without manaqish. That is how incredibly important I find their existence.

Manaqish (plural of manoush) are a round pizza-like dish invented by the Levantine. It usually consists of dough topped with zaвЂ™atar, cheese, veggies, labneh or ground meat. Or any variety of the five.

Chef Ramzi, a Lebanese celebrity chef, actually wrote about manaqish in his 2002 book, From the Heritage of Lebanon. He said, вЂњThe manoosheh has only recently appeared in Lebanon, evolving to this day to become LebanonвЂ™s most demanded breakfast. The main reasons for that are its ease and speed of preparation, its low price tag, it being tasty and its readiness to marry with a multitude of ingredients to produce a world of flavour.”

“Each house wife would, upon returning from the fields, prepare a za’atar mix and distribute it on the saj loaves.”

“All these variations fall under the category of manaqish. This is considered a good example of the evolution of the Lebanese traditional village cuisine, in that it aligns itself to the needs and requirements of the modern consumer and adapts to them.вЂќ

I couldnвЂ™t have put it better myself, and if I could, IвЂ™d eat it every morning. Because I feel so much more Lebanese every time I take a bite.

But apart from my identity issues when it comes to food, there is a certain art to the manoush. It isnвЂ™t just a simple case of pizza without the sauce, it is a complicated balance of flavours that can only be achieved by the masters. Or your cousin at the bakery down the road. Either will suffice.

To help you find this mythical manoush, I have painstakingly assembled a list of the major factors that come together in a perfect manoushВ (this process involved eating at as many manoush places as possible, and it was a sacrifice I was willing to make for you, our loyal Sajjeling readers).

Let us know; what would you consider your perfect manoush?

Sajjeling is an independently-run online platform dedicated to recording and unraveling Arab-Australian stories. If you would like to contribute to Sajjeling then write to us at sajjeling[AT]gmail[DOT]com. Custom Magento Integration