Exile and the role of the intellectual

Edward Said was a wonderful scholar whose writing has inspired me over many years. 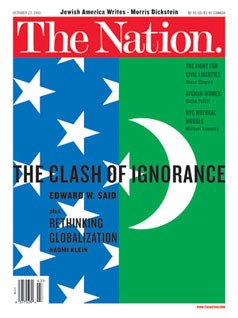 Having worked in the area of Islamic studies and having read a lot of slanted and downright inaccurate scholarship on Islam and the Middle East, I was buoyed by his unsparing criticism of orientalist writing. This went especially for his analysis of the historian Bernard Lewis, the intellectual progenitor of Samuel Huntington’s ‘clash of civilizations’ theory, whose work betrays strong ideological and political biases. Despite pretending to uphold a position of detached objectivity, Lewis was a strong supporter of the Iraq war and urged the bombing of Iran. More recently he played up to conspiracy theories about Muslim minorities in the West by suggesting that Muslim migration to such countries as France, England and Germany now represents a covert attempt to invade then convert Europe. Said comprehensively exposed Lewis’ ideological and political biases and, in so doing, called for a greater level of self-awareness and reflexivity amongst scholars of Islam and the Middle East. In this way, he radically change the profession.

It’s one thing to criticize and tear something down, but what do you put in its place? Beyond the act of criticism, Said had a strong appreciation for humanist scholarship that is able to show the influences and connections between different so-called civilizations, and to underscore the commonality of human experience. This came through in his appreciation of scholars who sought to develop the concept of ‘world literature’, such as Giambattista Vico and his translator, Eric Auerbach, and sympathetic orientalist historians, such as Louis Massignon and George Makdisi. The humanist thrust in Said’s scholarship informed his writing and activism on the Palestinian issue, which was always morally compelling. Here, I’d like to discuss a few of Said’s concepts, from his work in literary theory, his ideas about the role of the intellectual, and how he used the themes of exile and dislocation in this context.

An important idea from Said’s work in literary criticism is the theme of ‘worldliness’. He insists that every work of literature, or every text, is worldly, which is to say that it belongs to a historical and political context beyond what the story purports to be about. A striking and well-noted example is his analyses of Jane Austen’s Mansfield Park. The plot of the novel is confined largely to the private sphere, concerning the domestic lives and social aspirations of middle to upper class families. Yet Said argues that we should not just think about the novel’s plot and structure, but consider its broader geography, space and location. He does this by showing that the economic well being of Austen’s characters indeed depended upon the prosperity of British-owned sugar plantations in Antigua, which relied largely on slave labour, and from which a growing British empire then benefited. The example is arrived at by what Said calls ‘contrapuntal reading’. ‘Contrapuntal’ is of course a musical term: it refers to independent musical voices that often move in different directions but which complement or mirror one another. For Said, contrapuntal reading is to listen both to what the novel says, but also to what it does not say. This is to read against the grain, to attend to narratives and voices that have been suppressed or excluded. 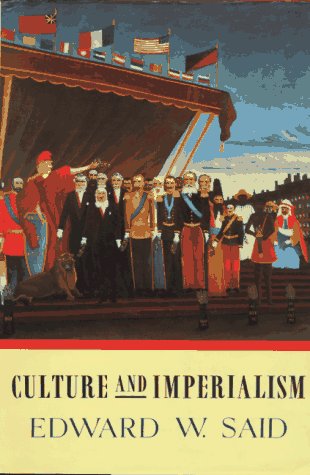 And this contrapuntal, oppositional type of interpretation relates strongly to Said’s concept of the role of the intellectual. For Said, the intellectual must always remain independent and critical, and not simply reproduce the voices and opinions of those in authority. One should never be a mouthpiece for power, but must act as a sort of outsider, which brings me to the theme of exile in Said’s work.

In his writings, Said discusses ‘exile’ both as a metaphor with which to represent the anxieties, traumas and displacements of the modern age, and as a type of model for intellectual activity. This is not to downplay the fact of exile, or to trivialize the trauma and dispossession suffered by millions of people, but it is worth considering that many of the most significant intellectual and cultural pioneers of the 20th century were emigres, refugees and exiles who fled totalitarian states in Europe. What Said takes from this theme is the importance of oppositional or outsider thinking, whose critical dimension is central for any moral project. Passages from Representations of the Intellectual explain this:

‘Exile means that you are always going to be marginal, and that what you do as an intellectual has to be made up, because you cannot follow a prescribed path. If you can experience that fate not as a deprivation and as something to be bewailed, but as a sort of freedom, a process of discovery in which you do things according to your own pattern, as various interests seize your attention, and as a particular goal that you set yourself dictates: that is, a unique pleasure’.

Said continues: ‘Exile is a model for the intellectual who is tempted, and even beset and overwhelmed, by the rewards of accommodation, yea-saying, settling in. Even if one is not an actual immigrant or expatriate, it is still possible to think as one, to imagine and investigate in spite of barriers, and always to move away from the centralizing authorities towards the margins, where you see things that are usually lost on minds that have never travelled beyond the conventional and the comfortable… The exilic intellectual does not respond to the logic of the conventional but to the audacity of daring, and to representing change, to moving on, to not standing still.’

Whilst Said can certainly speak from the subject position of an exile, being a diaspora Palestinian in the United States, he here uses the theme as a sort of resource. It’s a lovely metaphor for the responsibility of public people — and not simply of intellectuals, I think, but of everyone, including artists and journalists — to be courageous, to criticize those in power and to always argue from a position of moral self-reflection.

This is from the conclusion of Representations of the Intellectual:

‘It is difficult… to find a way to be consistent with your beliefs and at the same time remain free enough to grow, change your mind, discover new things, or rediscover what you had once put aside. The hardest aspect of being an intellectual is to represent what you profess through your work and interventions, without hardening into an institution or a kind of automaton acting at the behest of a system or method. Anyone who has felt the exhilaration of being successful at that and also successful at keeping alert and solid will appreciate how rare the convergence is. But the only way of ever achieving it is to keep reminding yourself that as an intellectual you are the one who can choose between actively representing the truth to the best of your ability and passively allowing a patron or an authority to direct you.’

Said provides a beautiful and humane perspective on the duty of people to use their share of knowledge and power responsibly. His writing has influenced me a great deal and I hope it influences you as well.

Safdar is a post-doctoral academic in the field of Islamic Studies and a founding member of the Refugee Art Project.