An Old City shop and the stones of Jerusalem: An interview with Rami Meo 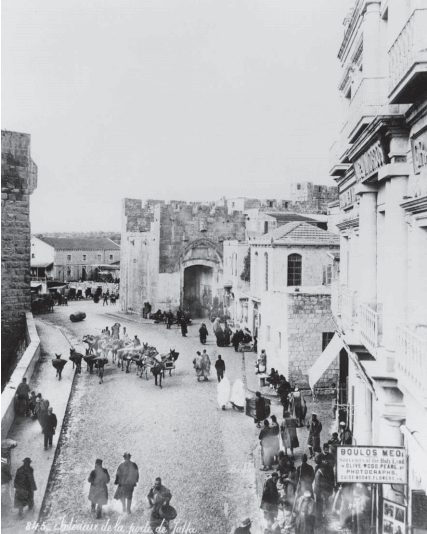 In a small meeting room somewhere in Sydney’s Inner West, Palestinian-Australians, and Australians in solidarity, gather to reaffirm a single right: the inalienable, non-negotiable Right of Return for all refugees, especially for those in Yarmouk camp in Syria.

In spite of any political differences and party allegiances, Palestinians are unanimous on the unshakability of the right to return to Palestine. The sacredness of this right is reiterated. Although Israel denies Palestinian refugees and descendants the very basic human right of return, or any compensation, international law is on the side of Palestinians. Not only is it necessary and undebatable, it is attainable, one speaker notes.

Among the Palestinians in the crowd is Rami Meo – a proud Jerusalemite whose roots are in Palestine’s Old City.

I speak with Rami, who recently returned from a trip to Jerusalem, about his great grandfather’s business in the Old City, his love for Jerusalem, and Israel’s deprivation of his identity card.

I’m a Jerusalemite from Wadi al-Joz. I was born in Jerusalem, raised there, and I’ve lived most of my life in Jerusalem. I’ve been here (in Sydney) since 1991, and I’m active within the Palestinian community.

Have you lived anywhere else besides Jerusalem and Sydney? I’m noticing a bit of a UK accent.

The only two years I spent outside Jerusalem were in Cairo. I did my graduate work at the American University of Cairo. Otherwise, I’m a product of Birzeit University as a student and as a lecturer in political science.

And your area of interest is 16th to 19th Century Palestinian history?

That is a personal interest, and it used to be a commercial interest.

We had a shop in Jerusalem inaugurated in 1872 by my great grandfather. I took the administration of that shop between 1976 to 1991 just before I came here. My interest is anything about Palestine, in particular, and the Middle East, in general, that is printed between the 16th to the 19th Century – as books, maps, travel documents, and lithographs, ceiling engravings, pictures, photographs…

What was the name of the shop?

The name of the shop has been, for 124 years, Boulos Meo. That was the name of my great grandfather.

What did it sell?

Throughout the greatest stages of its history it sold various things. At the beginning, it sold olive wood and Mother of Pearl and travel books back in the late 19th Century. Then they developed into selling old Mexican silver and Persian carpets in the early part of the 1920s and 1930s. And, in the 1940s, they started selling Persian carpets.

Direct from Iran. My father used to travel to Iran and he spent part of his honeymoon in Iran, actually.

Then in the 1960s, it was just your basic souvenirs in addition to icons, and in the mid-1970s onwards, it started selling 16th to 19th Century print matter.

So are you still involved with the shop from here?

The shop was, unfortunately, sold a few years ago. It was sold in 1991 for manpower reasons. Basically, I came over here, my brother who still lives in Ramallah has his own business, and my mother has retired.

What is, in your opinion, the most fascinating thing about Jerusalem and the Old City?

I was in Jerusalem in January, actually.

I must admit I left my soul in Jerusalem. My body’s in Sydney, but my soul is in Jerusalem. Jerusalem and I are one, basically. The most fascinating thing about Jerusalem, to me, are the stones.

What does Jerusalem mean to you?

Jerusalem is the Jerusalemites – the Palestinians that have been living there for a very, very long time. I’ll tell you a small incident. I was there in January and someone with long hair, a beard, very much looking like a bohemian artist, stops me in Souk Al-Attareen and said, “Is this Rami?” I said, “Yes, this is Rami”. I had no idea who he was. Apparently, he was a classmate of mine back in 1966, and we are in 2014! We were classmates until we graduated in 1976 from College De La Salle, which is located right inside the New Gate. And I haven’t seen him for 34 years. He saw me and he remembered me. I couldn’t because he was all bearded, and he had the long hair, but it was one of those moments that will never happen in Sydney, you know.

You go there and speak to the people, you have the beautiful hummus, the beautiful falafel over there, come back to Sydney, you think that you like the falafel here, but you don’t really because it’s a thousand times better over there! 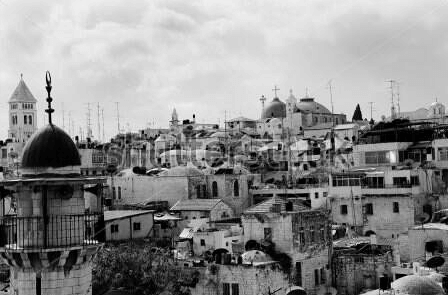 Jerusalem. Church of the Holy Sepulcher.

What do you think will be the consequences for Jerusalem, particularly with the continued Israeli annexation of East Jerusalem? Can, and will, it maintain its ways? It’s been walled, secure and solid for so long.

It just needs to maintain its Arab culture. That is the most important thing. The Palestinian Authority and (groups) in Jerusalem are initiating cultural events within Jerusalem to enable Jerusalemites to sustain the ways of life, sustain the culture and sustain its foot holding, if you like. I left in 1991, and although I was born in Jerusalem and grew up in Jerusalem, I lost my citizenship. I can go there as a tourist but I can’t go there as a resident.

Why did you lose your citizenship?

Because there is a very clear-cut policy by the Israelis to take Israeli identity cards from those living in Jerusalem, basically, to devoid Jerusalem from its Arab citizens as much as possible.

There are a lot of incidents where Jerusalemites have lost their identity cards forever because the Israelis would not give them back. When I left Jerusalem, I put my Israeli identity card on the Allenby Bridge, and said when I come back, take it, and return to Jerusalem. It was never given to me.

So, one of the main problems of Jerusalem is withdrawing the citizenships from Palestinian Arab Jerusalemites, and the second thing is the economy of Jerusalem – it is really bad, simply because it’s been cut off from the West Bank. And there is hardly any commerce happening in the Old City of Jerusalem, in Salahuddin, or Al-Zahra Street, etcetera. So they are really struggling over there.

I spoke to a lot of people in January. They are barely making ends meet by the end of the month over there. The economy is really bad over there.

Right opposite the Damascus Gate, the Israelis are digging out the main road, which is Nablus Road opposite Schmidt’s Girls’ College. It is a main thoroughfare for Jerusalem. They are digging it out to repair a water pipe, and it’s been dug up for the past six weeks. And you’ve got thousands of people walking through that road everyday, it doesn’t happen in West Jerusalem – it just does not happen in West Jerusalem. It happens in East Jerusalem all the time.

You said you left your soul in Jerusalem. What was the reason behind moving to Australia?

He bought an application for $20 and he bought me one. I said, “I’m not interested”. He bought me one anyway. We completed the application and after three months the Australian Embassy wrote to me and said, “Are you ready to immigrate?” and I said, “No!” because I was teaching at Birzeit. My year hadn’t finished. I requested an extension for another seven months, I think, and by that time it was during the First Intifada. The First Intifada happened between 1987 and 1991.

By 1989-1990, it was the peak of the First Intifada and the situation was really, really bad. I was okay because both my wife and I were still teaching in Birzeit and had our own business in the Old City of Jerusalem, but the living situation was a little bit difficult. I still could’ve stayed over there. But I guess, a sense of adventure, sense of the unknown, enticed me to make the move and it was a very, very adventurous move, simply because I came here with my daughter who was two years old, my son was nine months, and we knew nobody. We had no family, we had absolutely no connections, we had our suitcases, we had a room in a hotel, and we started our life here. It was that sort of beginning. Twenty-three years onwards, my son graduated from the University of Sydney last December. My daughter graduated as an engineer from the University of New South Wales two years ago, and you know, we’re fine…so to speak.

There are many Palestinians like Rami who long to return to Palestine, which the late Palestinian national poet Mahmoud Darwish described as the “home of the absent”. Palestinians believe that whilst the Israeli state may try to claim ownership of Jerusalem, its assertions are flimsy, and easily swatted away by the hands of history. For Palestinians, the relabelling and appropriation of Jerusalem is a colonial catastrophe, a forced project, but the right of a Palestinian refugee to go to Jerusalem and all of Palestine is not forced or contrived, but existing, inherent, native.