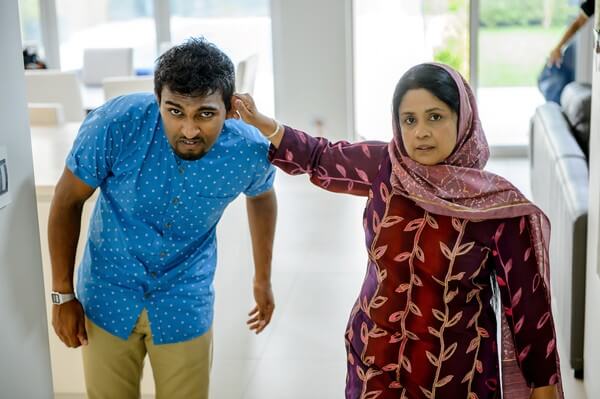 A new comedy show premiered on Australian television this week, but not everybody’s laughing. Mostafa Rachwani writes about why Legally Brown is not his cup of chai.

Although it’s been lauded as a groundbreaking program by some, Nazeem Hussain’s latest comedic project, Legally Brown, does more to hollow and warp a genuine societal problem than to provide any progress.

It’s an admirable goal to use comedy and humour to pass social commentary on aspects of Australian culture and poke fun at stereotypes of his community and culture. But it’s a goal I feel is ultimately causing more harm than good.

Humour does not break stereotypes; it subconsciously reaffirms it.

White culture would like to believe otherwise. It sees humour as an appropriate means of healing the hurt that it caused – and still somewhat causes – to minority communities. But allowing white people the opportunity to laugh at a brown person’s brown jokes only papers over the cracks of the still gaping cultural divide. What does a skit like Muslim Shore do to overthrow dominant stereotypes bar demonstrate that Muslims have the capacity to be as stupid as they are, supposedly, radical?

Essentially, Legally Brown’s comedy makes light of cultural oppression. What should be a serious subject that requires the audience’s sombre attention is turned into a joke. Will that really solve anything?

Some may argue that the humour is emancipating, allowing people to free themselves through a good laugh from the barriers holding back their closed minds. I find that an incredulous thing to believe. Racism is racism. Adding a dash of ‘humour’ to proceedings just softens the blows; it doesn’t redirect them.

It is this same light approach that has held society back in dealing with racism. Why did a young lady spout racism at Aboriginal AFL player Adam Goodes earlier this year when she has been taught that racism is bad? Why, one week later, did a Collingwood club official do the exact same thing? But then again, since they’re both in a society that justifies racism because it’s funny, why would they think twice?

There is a constant emphasis on stamping out racism and altering the discourse, but the only way it will be achieved is if we all work out that it is not a joke. In what ridiculous world does it become okay to be racist to your own culture on national TV? Essentially, it’s projecting your racism onto thousands of people. It essentially signals to the wider Australian community that it’s okay to stereotype in the first place because, geez, if a brown guy is saying it then it must be fine!

It is disconcerting that the justification for a program like Legally Brown boils down to pride in airing assertive minority voices. Does merely featuring a Muslim on national TV somehow right the wrongs of stereotypes?

The wider community may be more comfortable with watching brown people on TV. But do we have to remind non-People of Colour that the ‘Other’ are also human, that Muslims are also human – that they are capable of making stupid, racist jokes as well?

It is important that minorities assert themselves. It is essential that we educate the wider public without having to fall back onto derivative racist jokes.

This sort of humour is only poisoning the efforts made to reconcile cultures within Australia.