Nour Haydar talks to Australian directors Guido Gonzalez and S.Shakhidharan at the Sydney Film Festival red carpet about their feature film, Riz , which tells a multicultural story to which we can all relate… 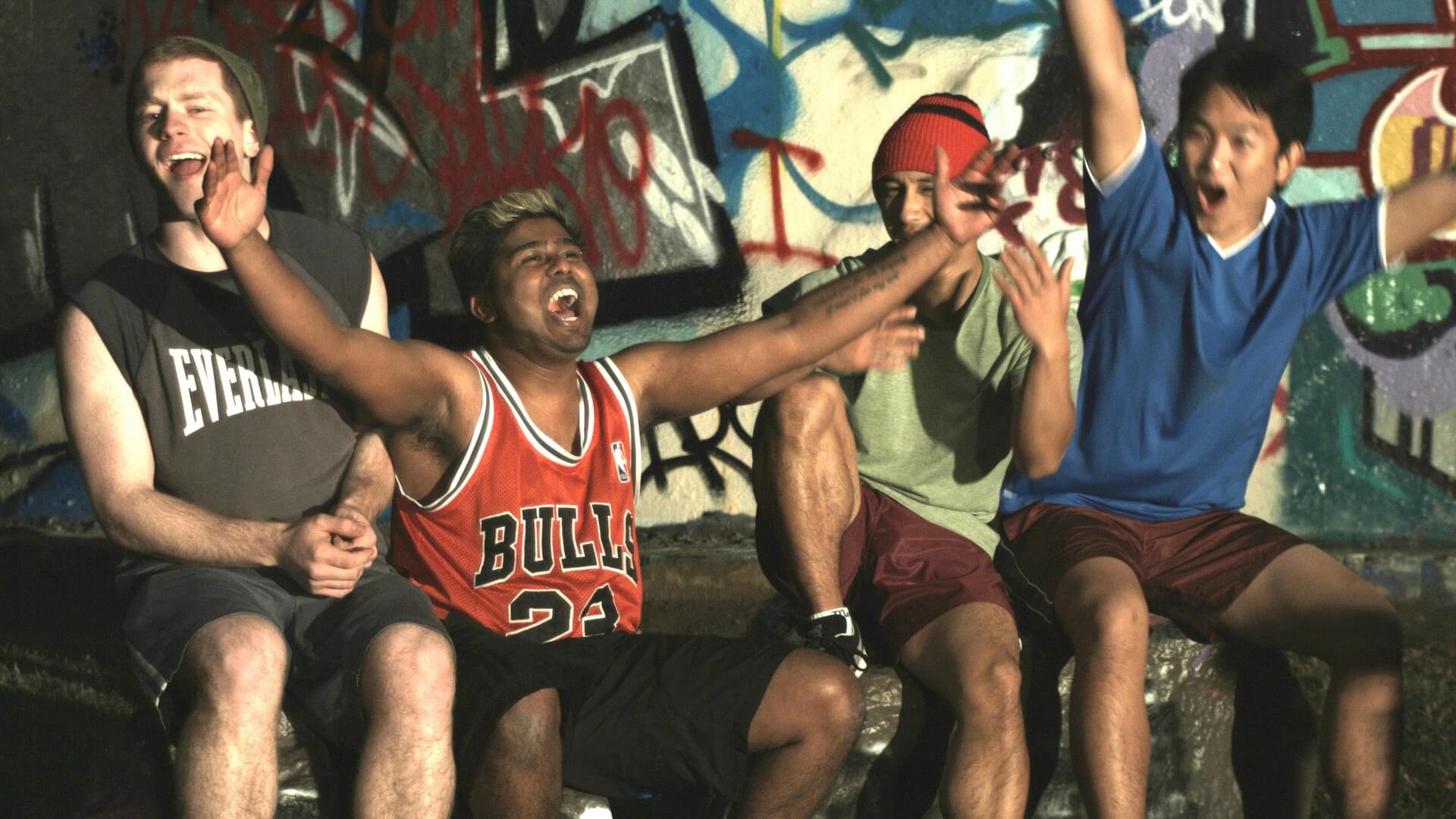 Friendship is a central theme in Riz. Image supplied.

Filmmakers Guido Gonzalez and S.Shakhidharan depict Western Sydney through insider eyes in their debut feature film, Riz. The film takes viewers back to a bygone era of bleached blond tips and the trusty Nokia 8210 whilst highlighting the social and cultural challenges that still are a part of life for young people growing up in Western Sydney.

Beyond telling a compelling story, Riz is clearly also a vehicle to challenge cliched representations of the western suburbs that often proliferate media headlines.

“We wanted to go against the stereotypes and show characters who really are from Western Sydney, who live and breathe there. But, it was really important to make sure that these characters could exist anywhere in Australia, be anyone’s friend – from Manly to Woolongong,” Gonzalez said.

And, indeed, they do.

The film follows a group of friends led by Riz (Varun Fernando), who is a smart and respected recent high school graduate from an immigrant Indian family. Riz is seen throughout the film to support his friends: he keeps them off the streets and away from crime.

In one scene, he shouts to his friend Jose (Firdaws Adelpour), who sees systematic injustice in the lack of employment opportunities available in Western Sydney, “Work within the system… earn money and use that money to change shit!”

But despite his understanding of the struggles that face people from Western Sydney, Riz lives a secret second life – dating a girl from the North Shore. As the film progresses, Riz begins to question his place amongst his friends and the community he once loved. His confusion and angst is skillfully mimicked by the use of a hand-held camera and close-ups that evoke an almost documentary-like feel. 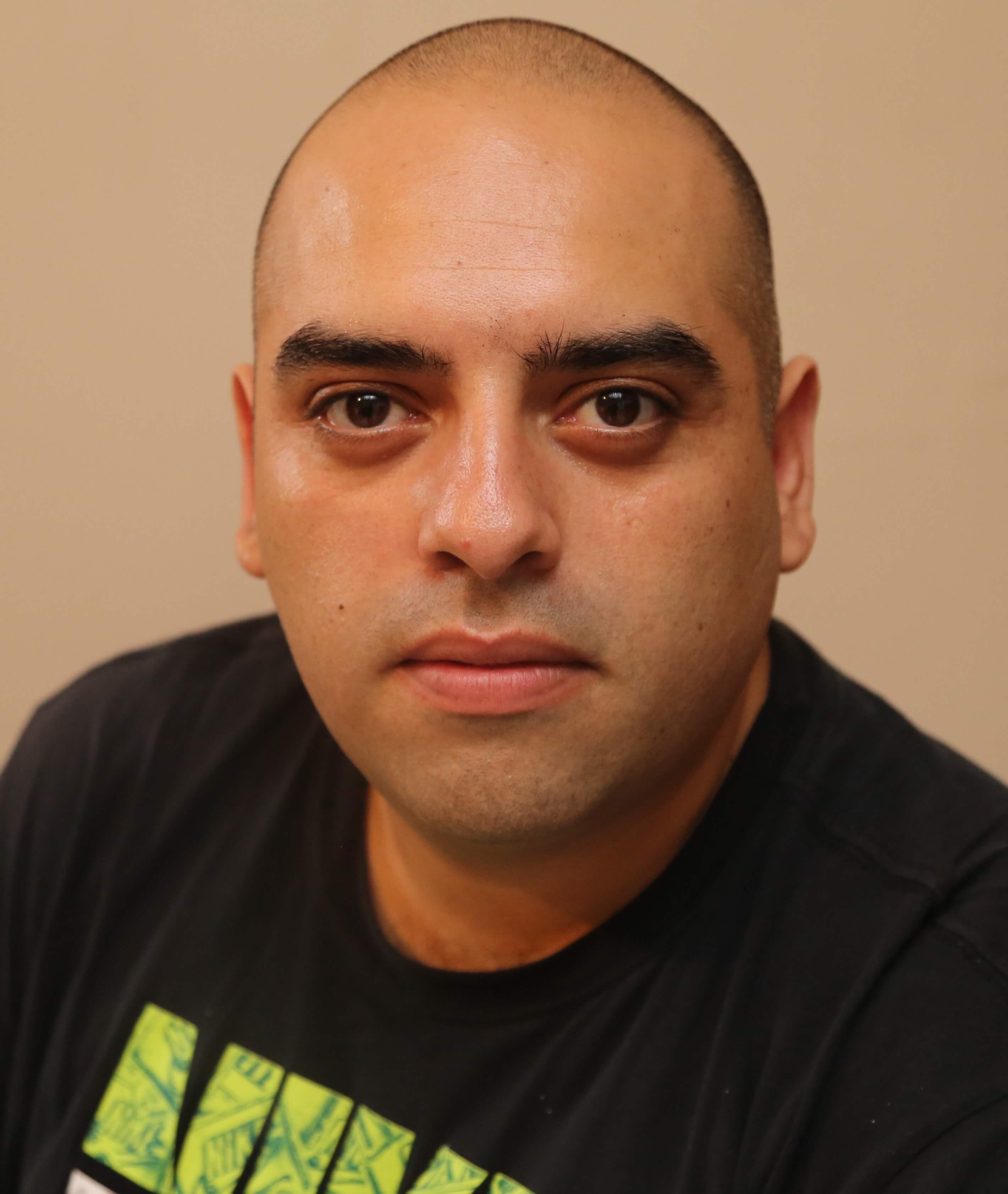 The film is based on the experiences of Gonzalez, who arrived to Australia as a refugee from Chile and was settled in what is now known as Villawood Immigration Detention Centre. Gonzalez worked alongside a cast and crew of young locals who, he says, revealed to him that the difficulties of juggling familial expectations and societal pressures and friendships whilst attempting to not upset the status quo are still faced by today’s ethnic youth.

“Not many services are helping people out in Western Sydney. It is almost like the same problems are repeated; they just shift from area to area,” said Gonzalez.

The cinematography is unpretentious – there are no fancy sets or famous actors – but this simplicity works in favour of the film, as it maintains an authentic depiction of the often overlooked economic hardships that are faced by young people from refugee, immigrant and, generally, working class backgrounds.

Establishing shots reveal the cultural hotpot (pun intended) that is Cabramatta. Images of its iconic Friendship Arch juxtaposed against scenes of industrial city street signs and urban graffiti challenge the conventional images of sandy beaches that have come to represent Sydney.

Indeed, the strength of Riz is its ability to represent Australia as it is now.

Australian cinema and television are often criticised for maintaining a White Australia policy decades after it was formally abolished as our national response to immigration.

Consider, for example, Puberty Blues, which is often recognized as Australia’s archetypal coming of age film (more so over recent years with the television series remake). The film was released less than 10 years after the government removed the final remnants of the White Australia policy, but it does little to acknowledge the ever-changing face, race and skin tone of Australian society.

Riz’s co-director S. Shakhidharan noted this discrepancy between representing Australia – past and present – in films.

“Typically in the film industry, when they have someone who is not Anglo-Celtic they have a role that is only for their colour – so a taxi driver is Indian, a terrorist is Arab. We really wanted to make a film where the leads don’t actually have to be their ethnicity,” he said.

Riz succeeds in creating universal characters who are not defined by their culture or socio-economic standing, but echo the collective challenges that youth face when establishing their role in the adult world. The film is simultaneously a celebration and critique of Australia, and captures the diversity of Australian contemporary society far beyond many of its counterparts.

“The film can’t actually reach its resolution until people from different parts of Sydney are able to listen to each other, know that their differences are good and actually learn from each other,” Shakhidharan said.

“I hope that five, ten years from now we don’t have to have that conversation. Diversity is not a rhetoric piece for us, but something we believe in.” To find out what other films are screening at the Sydney Film Festival, check out the online program. By Nour Haydar

Nour Haydar is a freelance journalist who recently completed her Bachelors of Arts in Communication (Journalism) at the University of Technology, Sydney. She sub-majored in Screen Studies to combine her interest in politics and culture with her love of the movies and buttered popcorn.