Three weddings and a zaffa 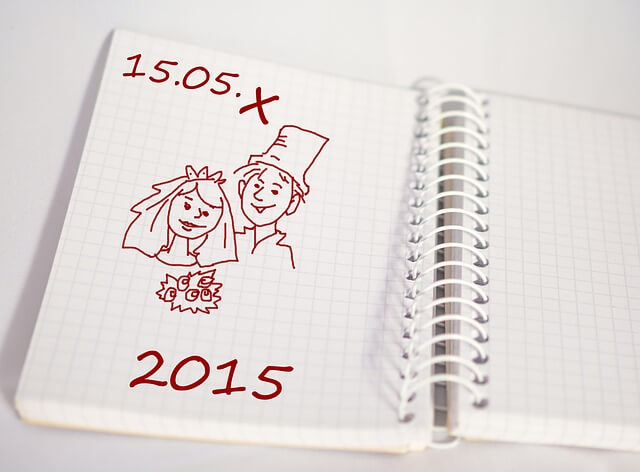 There comes a time in every young Arab’s life when a zaffa becomes a weekly event. In my case, my calendar seemed to fill up with periodic bursts of celebrations as soon as I hit mid-twenties – three weddings in one month, then none for nine.

During one such burst, I was subjected to so many weddings and engagements that I started automatically dancing a dabke at the sound of any kind of music. My head was constantly spinning, I lost more bow-ties than I care to know, I ruined a pair of good shoes, and was nearly kicked off a plane on my way to an interstate wedding.

What I found most interesting about this series of weddings, however, was the way that the different ceremonies reflected – to me – the sort of strange limbo that second and third generation migrants find themselves dwelling in. 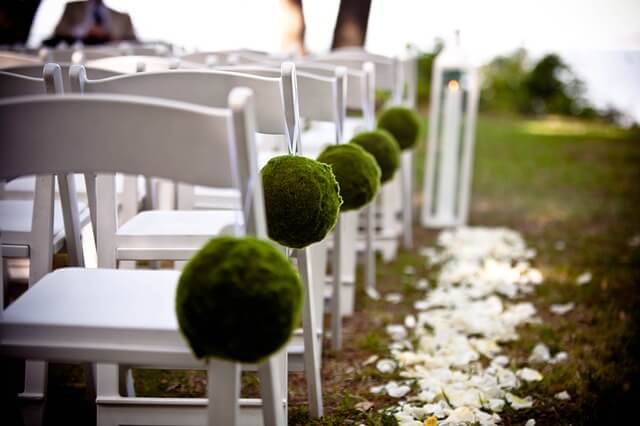 Some weddings, on the one hand, were out to uphold tradition. They announced, in a sense, that the couples’ heritage as Arabs had to be honoured. Other ceremonies, on the other hand, were very much in sync with context and were presented in an entirely modern, Western way.

It is a fascinating reflection of a generation forced into shaping their identity. Migration trends and globalisation have meant we now have generations of young people muddling between seeking to uphold their heritage and ancestry as a tribute to their parents’ wishes, and their own sensibilities as people who grew up in Australia.

And in this mission to somewhat strike a balance between old and new, cultural and chique, I’ve observed that most of the weddings I attended can be categorised into three styles. 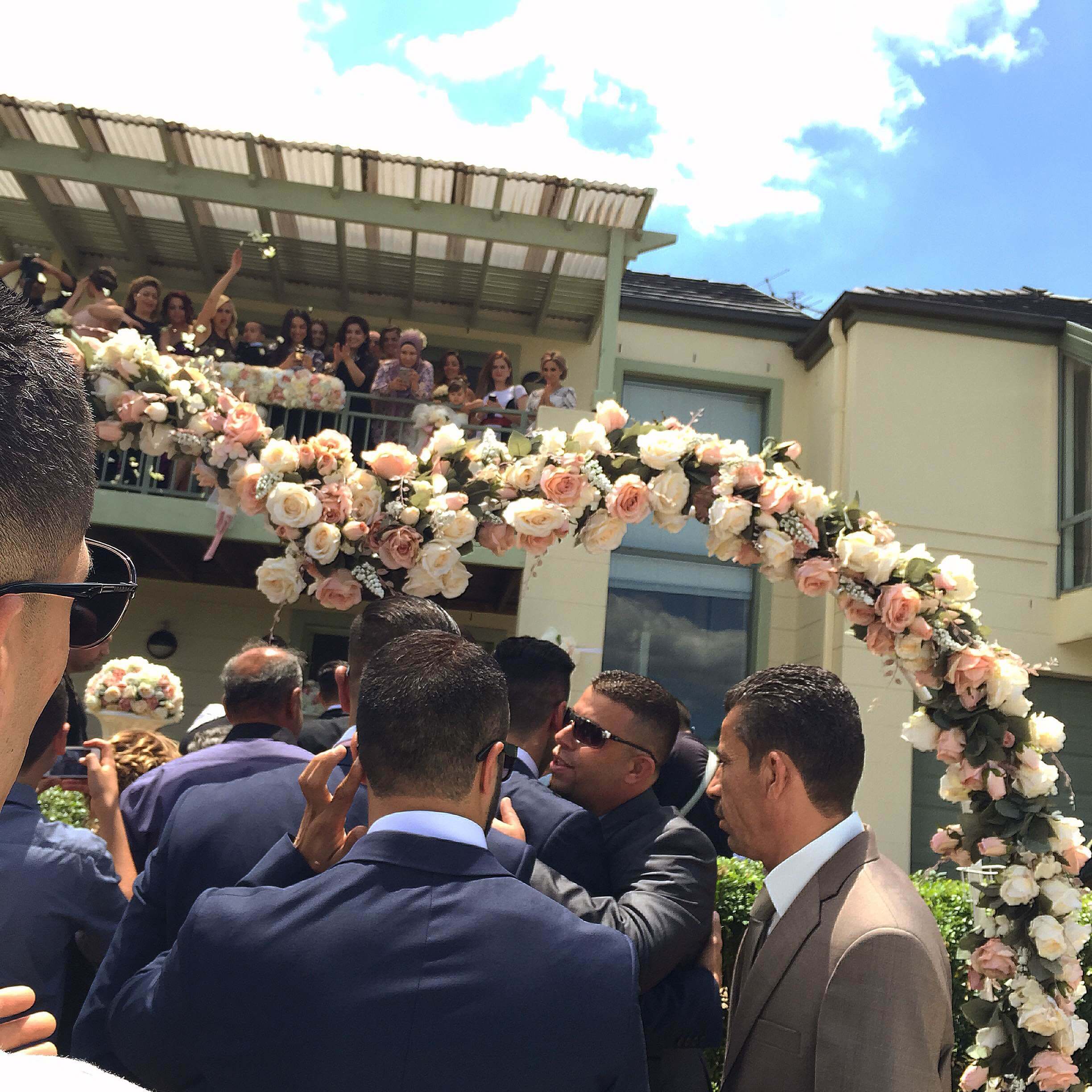 The first category consists of weddings that wholeheartedly embrace cultural traditions and are held in a similar vein to the weddings you could expect to see in the Middle East – complete with big entrances, big crowds and lots of food. Typically, that means colourful reception halls glittering with elaborate decorations, candles on every table and long-winded speeches.

A mandatory aspect of these weddings is the zaffa, the wedding procession, which starts at the bride’s house and usually features drummers dressed in traditional Lebanese costumes, professional dabke dancers, honking cars and the occasional pair of doves ready to be released from their cage along with the bride.

These weddings were considered the norm whilst I was growing up, but they are increasingly becoming something of an anomaly – at least amongst my circle of acquaintances. Maybe it’s because these contemporary couples want their chance to do away with the decades-long legacy of awkward dancing at such weddings due to traumatic memories of moves that can never again be unseen. Maybe it’s the effect of couples looking back on the uncomfortable conversations they endured as guests at previous weddings they attended – (“Is she single? No? What about her friend?” “That girl is too tall. No, no, the other one is too short.” “You’re only a pharmacist? Huh. Well, my son is a doctor…”). Still yet, it could be the fact that such weddings usually prove to be a hugely expensive affair. Nonetheless, they do rear their heads every once in a while, and who am I to say no to the chance for a shonky dabke?

But regardless of how unpopular the big affairs become, some elements of the purely cultural celebrations do remain – the smaller, quainter nods to heritage. 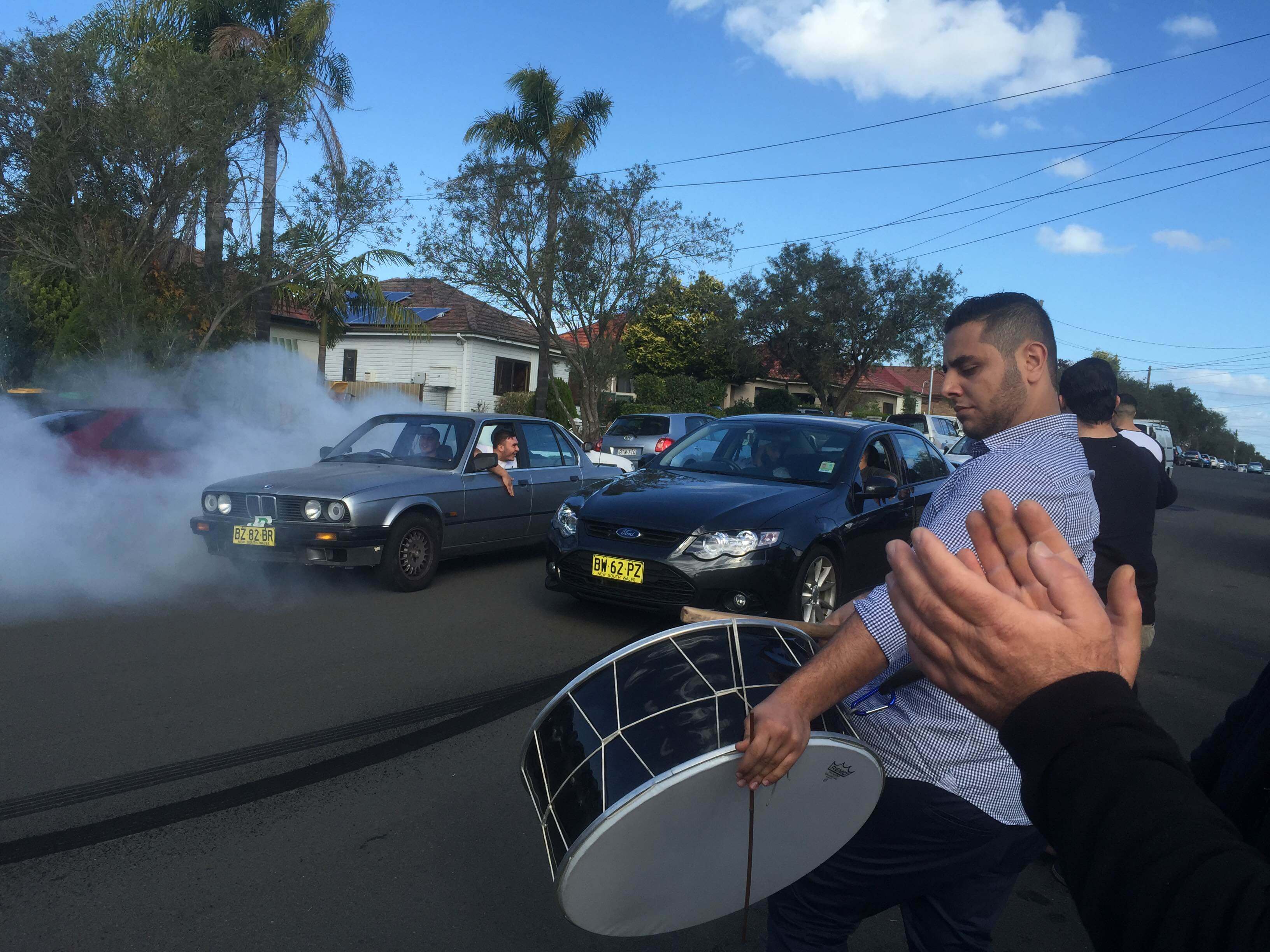 Leaving home with a bang. By: Mostafa Rachwani

Take, for example, a recent wedding I attended – one that was almost wholly dictated by Lebanese cultural norms. We had a hela’ah (haircut) in the morning, where an enormous party was held in the groom’s backyard, which was set up with a marquee, speakers, a singer, and huge amounts of food. The family ushered the groom out of the house (dressed in a satin robe, no less), danced around him with packages containing his actual wedding suit (a fact I did not work out until someone warned me not to drop them!), and then plonked him on a chair to give him his official haircut and shave for the big day.

It was as strange a sight as it sounds but the attendees were completely at ease with it, revelling in the fun of it all and hoisting the groom on their shoulders to dance about during breaks in his haircut. The hela’ah is a very old tradition from the Lebanese district of El-Minyeh – albeit one that I hadn’t actually come across before – but it is a regular staple in many Australian Lebanese (and sometimes Palestinian) weddings.

The groom was eventually dressed by his family in front of the celebrating crowd (It would have been awkward were it not for the dozens of partying uncles around), driven away in a fancy car to the bride’s house where the dancing and partying continued (much to the chagrin of the photographers who were running on a tight schedule) before the eventual reception later that night.

Bar the very Western-Sydney burnouts that followed the groom’s haircut party, this, to me, was a purely unadulterated Lebanese experience. It was utterly refreshing to take part in this little slice of deep heritage away from local norms and influences, touching the deeper sense of connection we, as second and third generation Australians, undeniably have with our parents’ countries of birth. 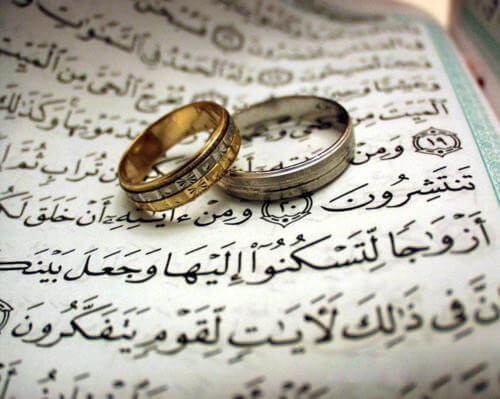 Amongst Muslim Arabs, some young couples actively reject the all-day parties for a more religious ceremony. Indeed, segregated ceremonies are no longer a new phenomenon amongst Muslims, with many opting for the religiously safer option of a low-key affair. These usually involve some quick religious talks at a somewhat religious location, like a mosque or a local Islamic centre. The weddings are also usually more intimate and, I find, there is usually more time to actually speak to the couple (or sometimes, in my case, just the groom) and congratulate them.

Religious weddings also give way to a whole new cocktail menu of milestones to celebrate. Islamically speaking, there is an ‘engagement’ phase where the couple gets to know each other via family visits. This is followed by the Katb El Kitab (commonly referred to as the ‘KK’), which is the formal, Muslim marriage ceremony. The final celebration in this process is the waleema (feast), which generally serves as the wedding reception.

Mixing these up can produce some messy situations. Technically speaking, the couple are Islamically married after the KK, but most cultural norms dictate that the couple must actively have a reception or an “actual wedding” before the community recognises the marriage as complete. 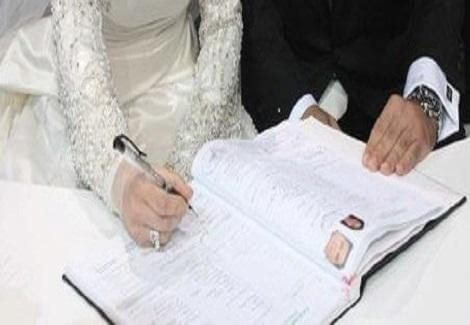 Signing off on the KK. Image: Radio Mawwal

This creates a sense of tension between the more culturally inclined earlier generations, seeking to preserve the traditions they upheld their whole lives, and the younger, somewhat more religious generations seeking merely to fulfill their religious duties without cultural baggage.

Striking a balance has become an art form. Some couples seeking this path might hold the KK on the same day as a cultural wedding, which is usually not as big a bash as the Big Fat Arab Wedding, though that is still a possibility.

Other couples hold a separate ceremony for the KK a few months before the wedding, with the general societal understanding of their status at this stage to be officially engaged – with a few perks, like the ability to go shopping for furniture unchaperoned.

Some hold elaborate ceremonies for every stage of the relationship, whereas others only for the wedding, and the rest only for the KK. Some invite family only to one, and everyone to another. These changes to what was previously a unified process are thoroughly confusing to some, especially the older generations such as my parents, who were of the opinion that marriage only happened one way: a somewhat small engagement and then the ultimate big wedding. 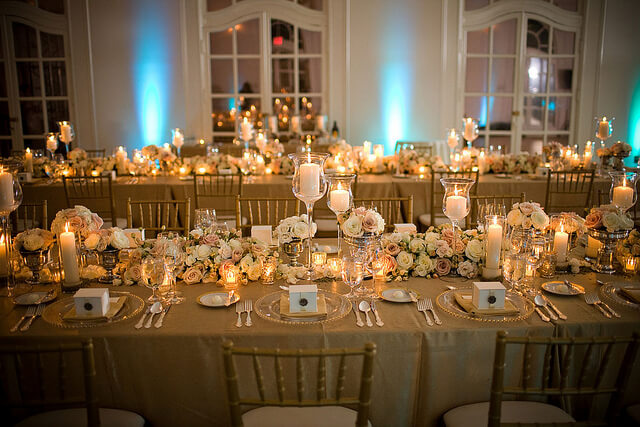 The final category consists of reception-style weddings, complete with canapes, slow dances and a small crowd. These weddings are usually held at a lovely location (great for Instagram shots of intricate decors) and are often straightforward and quick. These affairs can be dubbed the ‘white’ weddings, as they are seemingly based on the types of ceremonies to which Anglo-Australians are accustomed.

This category also includes the ‘small dinner’ weddings and the ‘speeches only’ weddings. I find that the food is usually immaculate at these ceremonies, and interestingly enough, they are entirely enjoyable affairs. Mark that down as a characteristic of growing up if you wish, but a good speech is always a pleasure.

Regardless of the style of wedding, however, each event inevitably featured combinations. Dabkes are coupled with speeches and a video, Qur’an recitations lead into canape distributions, and outdoor settings can feature enough traditional elements for these hybridisations to all create a new – and at once familiar – vibe.

Apart from the inevitable existential crisis that comes with watching all your friends slowly getting married, watching these weddings unfold also present a unique twist to the discourse around tradition versus local culture.

The focus on such a discussion would be upon those generations seeking to preserve their cultural heritage, as opposed to the younger generation that have, to various degrees, internalised the culture of the country they live in. 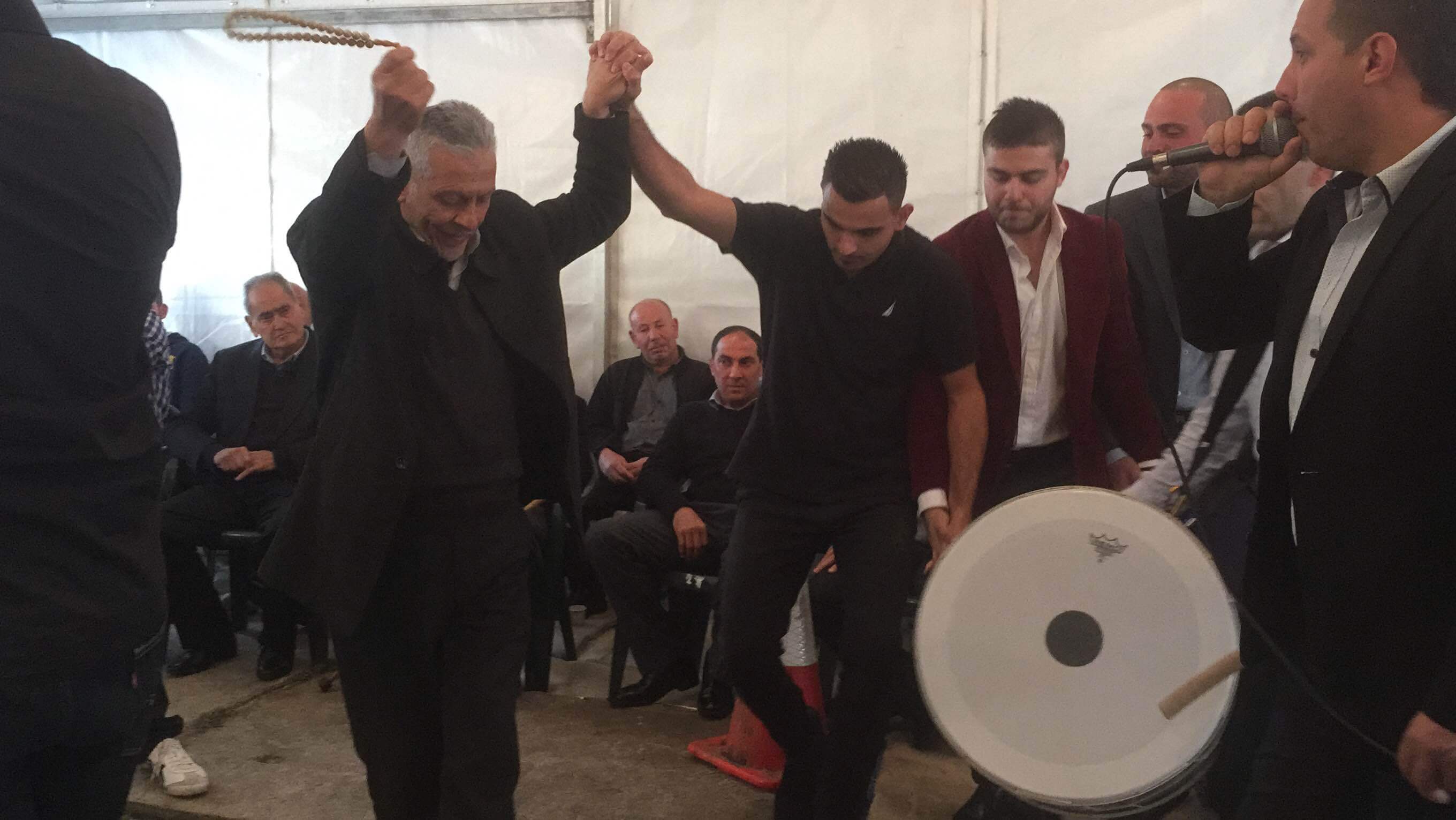 The physical manifestations of this struggle is evident in every wedding. Men dancing a dabke to the beats of traditional Lebanese music can be seen seamlessly dancing along to the bass-heavy pop song that follows. Women immaculately fashion their elegant outfits to meet their religious or cultural standards. Receptions may feature heavy use of Arabic music, but the program will be entirely in English. The examples are endless, with the various combinations each proving as unique as the one before it.

The contrasts between these modern Arab Australian weddings and the kinds that the first generation grew up with remind me of the enormous concessions made by the older generations on cultural norms that shaped and defined their lives for so long. It leaves me with a strong sense of wistful yearning. Here in Australia, we are forced (for better or worse) into this grapple. But what if that was not the case? What if we only identified with one culture and did not stand between multiple cultures? Would there still be variations in our celebrations across the time divide?

In any case, here we are and here we will invariably stay. I personally think that it is essential for us to uphold these traditions in the best way we possibly can. It is common to find people struggling a great amount with these shared identities but they can be seen as a great strength as well, at least in the way that they give such colour and personality to weddings. And ultimately, regardless of the shape or form it takes, who doesn’t love a good party?