There’s a certain poignancy to reading the 4300-word online manifesto composed by 18 year old ISIS suicide bomber, Jake Bilardi. The boy certainly had a way with words, artfully painting a picture of his mindset and telling the story of how he became “radicalised”.

Invoking some of the grand language used by IS supporters, Bilardi explains, “With my martyrdom operation drawing closer, I want to tell you my story, how I came from being an Atheist school student in affluent Melbourne to a soldier of the Khilafah preparing to sacrifice my life for Islam in Ramadi, Iraq.”

He outlines that watching and reading the news, as well researching western colonial history, led him to eventually becoming a suicide bomber for IS. Bilardi writes on his disaffection with world politics, laments on the injustices of the world and bemoans media distortion.

The Australian school-boy sounds like a very typical, disaffected and alienated teenager. Except these feelings seem to have led him down a path to becoming the “White Jihadi”. Much like any other young man, he found himself in search of a new identity, for a sense of meaning, purpose and belonging. 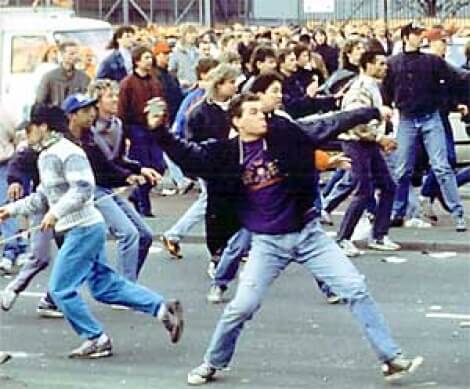 Nonetheless, what may be typical teenage disaffection had somehow morphed into a longing for violent retribution. What may manifest in other teenagers as long hair and strange musical taste had manifested in Bilardi as a need to join a violent group intent on killing anyone that disagrees with them.

But why? Perhaps it is the sense of brotherhood and belonging IS provides to those who feel disillusioned with their home. Bilardi’s path proves that their pull reaches beyond just those struggling with the minority experience, but, instead, speak to a wider audience.

However, a discussion on his motivation to seek violent martyrdom misses the point here. The discourse on radicalisation has narrowed to such a point that it becomes more about the apparent “problems” with Islam than it is about the societal issues that lead someone to extremist behaviour, independent of whether that behaviour is radical Islam, or protesting the shooting of unarmed Black men.

Essentially, radicalisation is the by-product of a society that is inhospitable to anyone who may disagree with its values and traditions. Although plurality is usually an exalted value amongst western nations, one would need only scratch past the surface to realise there are serious questions of whether or not that exists.

Quite often, communities around the world will find themselves discriminated against, stripped of agency and self determination, lacking in social capital and, ultimately, powerless. Although Bilardi’s mother is not mentioned in his blog, her death to cancer seemed to change him, according to family sources, something that may explain his sense of hopelessness and impotency.

It is vital to understand that all forthcoming engagements by someone on that process are a mere crystallization of their context, of their internal struggle. A majority of terrorists are found to be religiously illiterate and unable to articulate clearly the root of their thinking, nor their gripes.

This in articulation of their so-called religious motives means that their occasional violence is not due to Islam per-se, but, rather, a series of social issues that go unchecked. By reinforcing this narrative, governments around the world avoid responsibility for what are essentially the struggles of their own population, and allow them to gain voting brownie points for the classic “coming down hard on the baddies” strategy.

So, whilst some may feel that it is important to publicly focus on a 1400 year old noble tradition, the vastness of which is deplorably reduced to the impetus of violence, the truth is that this also reduces the responsibility western governments have played in this narrative.

The “radicalisation” narrative acts as a barrier to a legitimate discussion on the ills and failures of the western world. Bilardi may be painted as a ranting teenager in the public, however he makes some very valid points in his manifesto, as other apparent “radicals” do quite frequently.

Ignoring these concerns is best way to provide fodder to the disillusioned. Sure there is a political agenda that always shapes any entry into a discussion on foreign policy, colonisation and western democracy, however that these discussions are shoved under a carpet is the very reason they become the factors that crystallise social issues into violent extremism.

Whilst some may be more interested in what mosque Bilardi visited or what kind of articles he was reading, I think it’s important we actually try and listen to him.

In the documentary “Bowling for Columbine”, metal-rock superstar, Marilyn Manson, responds to criticisms painting his music as the main inspiration behind the Columbine massacre. “…The president was shooting bombs overseas, yet I’m a bad guy because I sing some rock and roll songs, and who’s a bigger influence, the president or Marilyn Manson?”

He goes on to mention that, if he were faced by those young men, he “…wouldn’t say a single word to them, I would listen to what they had to say. And that’s what no one did.”

Swap rock and roll for radical Islam, the pull is the same, the audience is the same and the reaction is the same. It’s time we started listening.