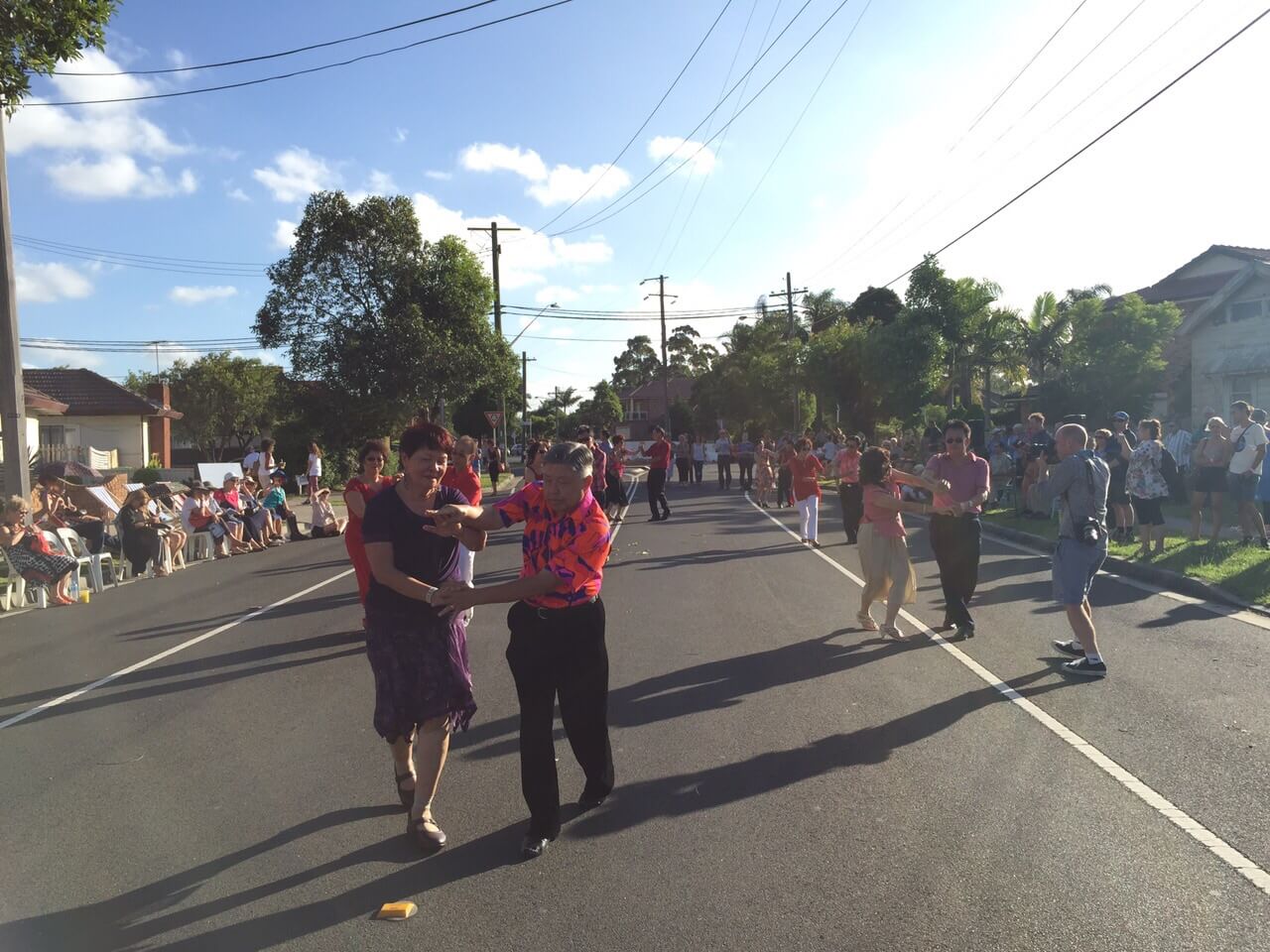 The road is closed off, and beach chairs line the pavement. Middle-aged White couples are abound, and men with acoustic guitars wander amongst them.

It’s a surreal sight; but then again, it isn’t every day that the Sydney Festival comes all the way out from its usual home into the sleepy suburbs of Western Sydney, least of all the multicultural hub that is Bankstown.

Nonetheless, during this year’s Sydney Festival, Bankstown became the stage for a series of performance, film and visual arts screenings that were meant to reflect modern Australian life. Films were being shown “around a hills hoist”, and people wandered around trying “ethnic” food.

I tried to like the atmosphere – I honestly did.

The overall set up of Bankstown: Live – with the chairs, the rolling wagons of food, the funky signs and the interesting-sounding shows – was all very charming in a glistening, hummus dip kind of way. Y’know, the kind of hummus that comes in nice little tubs that you can pick up from the fridge at Woollies or Coles. It looks legit, smells legit and acts legit on your chip, but as soon as you take a bite you know it isn’t the real deal and disappointment ensues. 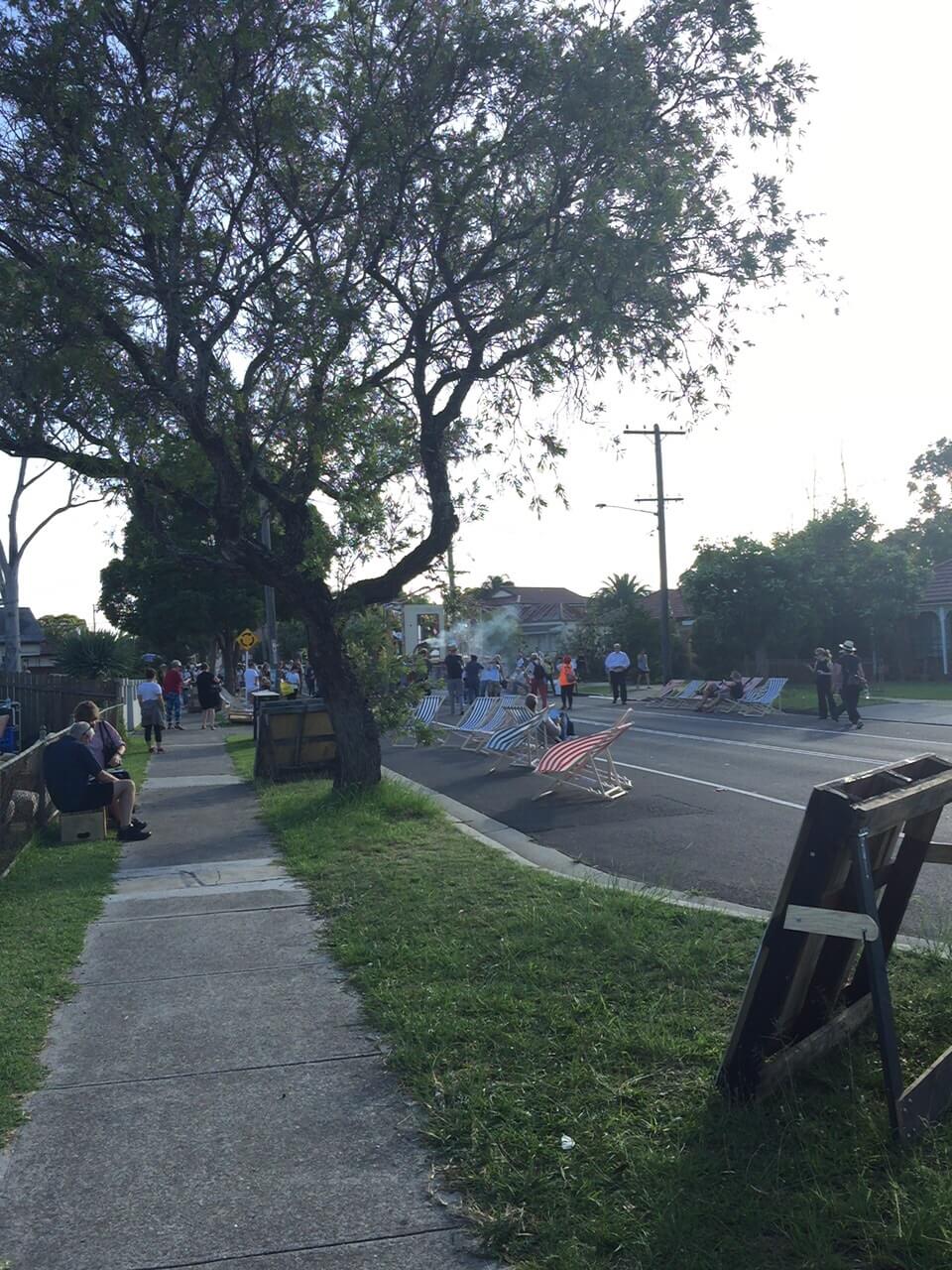 Essentially, Bankstown:Live was dressed up for a certain type of audience; namely, those middle-aged White couples. And, whether it be the hummus or Bankstown:Live itself, you can just tell that it isn’t quite representing its roots. However – and this conditional plays to both the hummus analogy and the shows – my opinion could be heavily biased by my own personal experiences.

I grew up in and around Bankstown, and still live a mere five-minute drive from its hub. To call it familiar would be an incredible understatement and, despite all I may say about the suburb, I do actually love it – crappy restaurants, violent crime, loud cars and all.

But the Bankstown that I know and love was strangely missing from this show or exhibition that was supposedly meant to represent my suburb. I felt as if there was a conscious effort to ignore the violent, and at times difficult, history of Bankstown. Perhaps more importantly, I also felt that there was a conscious effort to ignore the racial undertones of life in Bankstown. It was almost as though the themes of the event were chosen in a deliberate attempt to reshape Bankstown as a ‘multicultural haven’ that people from the outside could explore quickly, then leave without a second thought. In fact, to me, the manner by which the event was executed was an active attempt to whitewash my suburb and what it has come to represent.

I felt that the suburb was put on show in a manner similar to animals in a zoo. Visitors can take a peek at animal life behind a glass wall, reflect on what it must be to live in such an environment, then head back home sipping on their carbonated drink. In a similar vein, Sydneysiders were invited to have a ‘taste’ of life in Bankstown before scooting off back to paradise elsewhere.

Why not show the audience what life is actually like in Bankstown?

How else would t 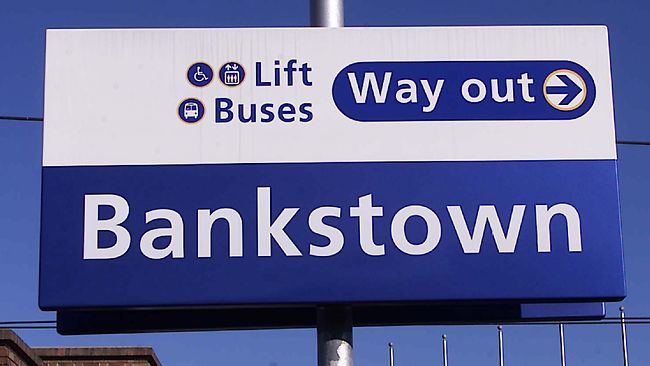 hey know what it is like for young locals to drive around aimlessly at night looking for things to do because they have no jobs and cannot afford anything? How would they learn the comfortable familiarities of the area, like the smell of kefta as it is barbequed on a summer afternoon? Will they ever know the tension felt when two large groups of boys from different cultural backgrounds walk past each other on a neighbouring street? It would only ever take one sideways glance to get things started, and yet this audience could never understand what it is to be from Bankstown.

A case in point would have to be the live performance adaptation of Michael Mohammed Ahmad’s debut book, The Tribe, which was previously reviewed on Sajjeling. I had read the review but, unfortunately, not the book and, as a result, I was quietly anticipating the performance. Indeed I was reasonably hopeful, even after seeing what they were doing with my suburb.

We piled into a backyard theatre complete with little deck chairs and a mat to sit on the floor. Actor Hazem Shammas walked in, complete with a cello-playing sidekick, and began re-telling his story.

His performance was similar to my entire experience of Bankstown: Live. The writers attempted to jam an entire existence, an entire experience, into a nice, shiny package that people who had never before met an ‘ethnic’, or never heard the word ‘tayta’ (grandmother), could easily swallow. These were the basics of life around Bankstown, trivialised and turned into entertainment for a crowd of people. There was no attempt to challenge the audience, no attempt to present something they would need to think more critically about. Instead, we were presented a diluted version of life in Bankstown, with all the lessons piled onto spoonfuls for the audience.

Having to cut the book into a one-hour show meant that the performance quickly zipped through details of life in the West and kept the story nippy and snazzy. It was littered with charming anecdotes, but every time it seemed that Shammas was about to actually provide commentary on life as a minority member, or even on the Lebanese-Australian experience, he jettisoned to the next part of his story.

What resulted was a disjointed retelling of his childhood, one that lacked the edge it clearly contained beneath the surface. It was sugar coated, whether consciously or not, and I cringed on more than one occasion as he tried to explain Lebanese idioms to the audience around me.

But, again, this may be my own bias. The story was a familiar one, which may have driven my opinion of it, but it was also well-told with clever musical cues and a vivid picture painted with his words. The audience around me was delighted, although tellingly enough, almost completely made up of middle-aged White people.

The performance no doubt fit into my overall feeling that the exhibition was using Bankstown’s multiculturalism to entertain these people, without providing them with an actual understanding of what it means to live in such an environment.

In the end, Bankstown:Live proved to be a show of Bankstown that was made for people outside of Bankstown, even though it was actually in Bankstown. They even blocked off the street, such that actual residents of the surrounding area could only walk or drive past whilst staring at all these outsiders attempting to get a glimpse of their everyday life. It was the perfect manifestation of the entire exhibition’s artificiality – they didn’t want any real residents, just curated ones.

The experience was surreal.

My boredom eventually got the better of me and I left for a burger at Dougie’s Grill down the road. At least I got some Bankstown in me before the night’s end.

This article was amended at 6.20PM on 28 January 2015 to clarify that the actor’s name is Hazem Shammas.