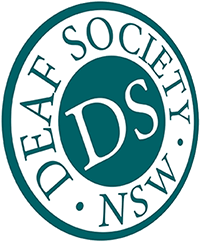 Funding for accredited Auslan (Australian Sign Language) courses at the Deaf Society of NSW in Australia has been cut by the state government’s Department of Education and Communities.

The decision comes at a time when parts of the state are facing a severe shortage of interpreters due to the gradual roll out of the National Disability Insurance Scheme, a program that the Deaf Society’s director of operations welcomes.

“It [NDIS] means that deaf people as individuals can access funding for interpreters in a range of situations whereas in the past they’ve been denied that access. The NDIS is a fantastic opportunity for deaf people,” Sharon Nann says.

But in NSW at least, the community is not yet equipped for the increased access.

“We have a drastic shortage of interpreters at the moment,” says John O’Neill, manager of the Deaf Education Network at the Deaf Society of NSW.

“With the rollout of the NDIS a lot of deaf people will be accessing NDIS packages, the demand for interpreters will increase and we need to have interpreters to meet that demand.”

In the Hunter region of NSW – the first state region to receive the NDIS – there is already a 119% increase in demand for interpreters, and O’Neill says they are unable to fill the jobs.

“Deaf people are actually missing out at the moment. When it rolls out nationally, NSW is going to be in trouble.”

The Department of Education and Communities’s decision not to subsidise the Deaf Society’s accredited Auslan certificates and diplomas for 2015 will add to that pressure.

Applications for renewed funding were made to the 2015 Smart and Skilled program, a sector of the Department that the website refers to as a “reform of the vocational education and training system”.

“In a highly competitive tender process, some providers that met the required quality criteria were unable to be funded,” says a spokesperson for the Department.

“Competition for funding meant the Deaf Society was not able to be supported at this time.”

According to the spokesperson, the decision should not disadvantage the deaf community.

But as Sharon Nann explains, this may not be the most practical solution.

“They have never previously provided the Diploma of Auslan course in NSW. So although potentially they can, they’ve never done it before. They don’t have any experience in it,” she says.

“In addition to this, traditionally it takes twice as long to complete each course with other NSW providers than with us at the Deaf Society.”

Families will also be hit hard by the Smart and Skilled decision.

“For parents of newly diagnosed deaf children, or parents choosing to use sign language with their children, you can imagine to pay full fees to do these courses to communicate with your child is likely to be inaccessible,” Nann says.

“As a ballpark, if you don’t have any other post-school qualifications, to do a Certificate II in Auslan under the Smart and Skilled program would cost you $870. To do it for full fees, you’re looking at, at least, $3000. And one qualification doesn’t make you fluent – you need at least four of those.”

To Gabrielle Wallace, a hearing mother of two profoundly Deaf boys, the decision is devastating on several levels.

“It’s outrageous. We pay taxes. We have whole systems geared at people who speak English. It’s really not fair if you don’t have access to a language to bring up your children. It’s not fair to penalise a small group and make them pay to have access to their first language.”

Wallace studied up to Certificate IV with the Deaf Education Network at the Deaf Society of NSW in order to be able to communicate with her children.

“That was not my mother tongue, so I had to learn that language,” she says.

“The course itself is not enough. They’re stripping the basics and yet we need so much more for families, like a course specifically aimed at parenting.”

Now that her boys are in their adolescence, Wallace is finding more than ever that those subsidised classes have been crucial to her family.

“We can talk about all kinds of things. I’ve got teenagers, and it’s really important. You’ve got to be able to talk about things that are dangerous, like drugs, and have those conversations. You want your kids to be safe and informed,” she says.

According to a spokesperson for Minister Mitch Fifield, the Assistant Minister for Social Services in Australia, it’s not all doom and gloom. Under an initiative called Better Start for Children with Disability (Better Start), which will be transitioned into the NDIS as it expands nationally, parents may have some further options.

“If deemed suitable by the child’s Better Start service provider, parents may use some of their child’s resource funding to pay for accredited Auslan courses delivered by a registered training organisation. Certificates II and III level courses for parents are available under Better Start,” the spokesperson says.

For the Deaf Society of NSW, however, the future of its Deaf Education Network classes is undetermined.

Students of the Deaf Education Network are lobbying their local members of parliament in hopes of a better outcome.

Miran is a solicitor, freelance journalist, and editor presently based in Sydney. Notorious for her obsession with cutlery, she lists amongst her crowning achievements the time she ate a quiche with knife and fork whilst driving. Miran once turned a rant about Arab Aunties into a short story long enough to get published in Westside Journal, and she produced and presented The Y Factor on community radio for fun. She is a co-editor of Sajjeling and tweets sporadically at miranhosny.