Be alert: Australia is alarmed 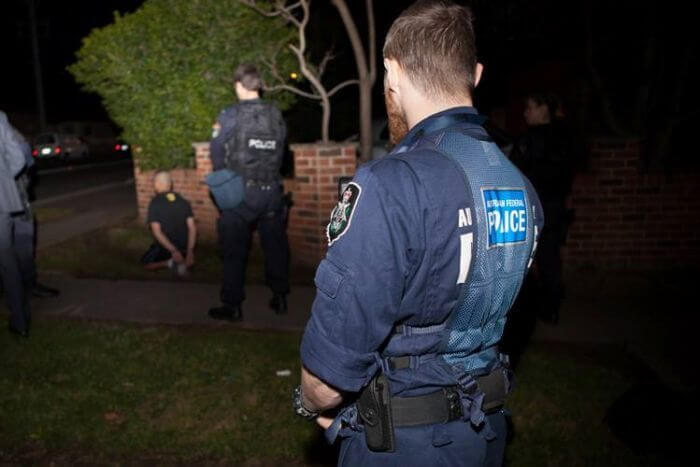 A tide of fear has steadily grown amongst Australians since the counter-terrorism raids on homes in New South Wales and Queensland this month.

The extent of that fear within the community only hit me when my usually boisterous and cheeky grandmother warned me to take care when going out, to avoid discussing politics and to stop wearing the jilbab (a waist-length headscarf also known as khimar) and, instead, wear my hijab.

No doubt, the anxiety and fear is building up day by day.

We hear stories from friends and family, on social media and in the news about veiled women and their children being attacked or verbally assaulted whilst going about their daily activities. An old man harassed by a couple of teenage kids for being “a bloody terrorist”, cars vandalised with hateful messages, places of worship threatened and sabotaged, a school targeted by a hateful and armed intruder, and families physically and verbally assaulted at shopping centres are just a few examples from the last fortnight.

Following the largest counter-terrorism raids in Australian history , which involved 800 police officers, it was alleged that suspects were planning an attack in Australia that would “shock, horrify and terrify” the community. Fifteen people were detained, yet only one person was charged with terrorism-related offences.

In the days after the raids, newspapers were emblazoned with sensationalist headlines, such as “Terror Australis”, “Home-Soil Beheadings”, “Lucas Frights” and “Jihad Joey”. It is safe to suggest that any person whose home was raided has been tainted as a ‘terrorist’. Indeed the suspects’ right to the presumption of innocence until proven guilty, and their chance of receiving a fair and balanced trial have been severely compromised by the excessive and irresponsible media coverage. It is also safe to suggest that Australians are feeling alarmed and concerned for their safety, as opposed to secure and informed.

Call me a conspiracy theorist, but the timing and widespread coverage of these raids is suspect given the fact that a new raft of anti-terror legislation was to be tabled in parliament one week later. Furthermore, a week before the raids were carried out, the Australian Government increased its terrorism alert level from medium to high. At the time, however, Prime Minister Tony Abbott said that the change in alert did not mean a terror attack was imminent, and Australians were told that ASIO had no specific intelligence of particular plots.

But if there was no intelligence of particular plots, and a terror attack on Australia was not considered imminent in the week prior to the raids, then why did we witness such a full-blown security extravaganza through the Sydney and Brisbane raids?

We are told that there are ‘extremists’ and ‘violent jihadists’ in our midst seeking to carry out terrorist attacks. Specifically, we were informed that these terrorists were plotting to behead a random member of the public. In an article published by The Guardian in the aftermath of the raids, it was revealed that there is no evidence to suggest that such a plot exists, based on the information before the court against Omarjan Azari. The article goes on to say, “In fact, if we are going from what has been provided in court, we don’t even know whether there was actually a plan to behead anyone.”

So, why create an atmosphere of public anxiety and fear?

Exploiting such an environment is, quite simply, the means to widening the scope of counter-terrorism measures. Discourse of the kind conducted during the past month leads people who look different, have alternative political views or constitute a marginalised group to become scapegoated as “enemies”. This state of public anxiety and fear encourages the persecution of political dissent as a solution, which researchers like Livio Nimmer concluded could result in the destruction of open civil society.

The resulting climate is ideal for pushing through draconian anti-terror legislation, beefing up security and stripping individuals of their passports on suspicion. It provides ammunition for our government to send troops overseas to tackle international “terrorism” and keep a minority group under surveillance. 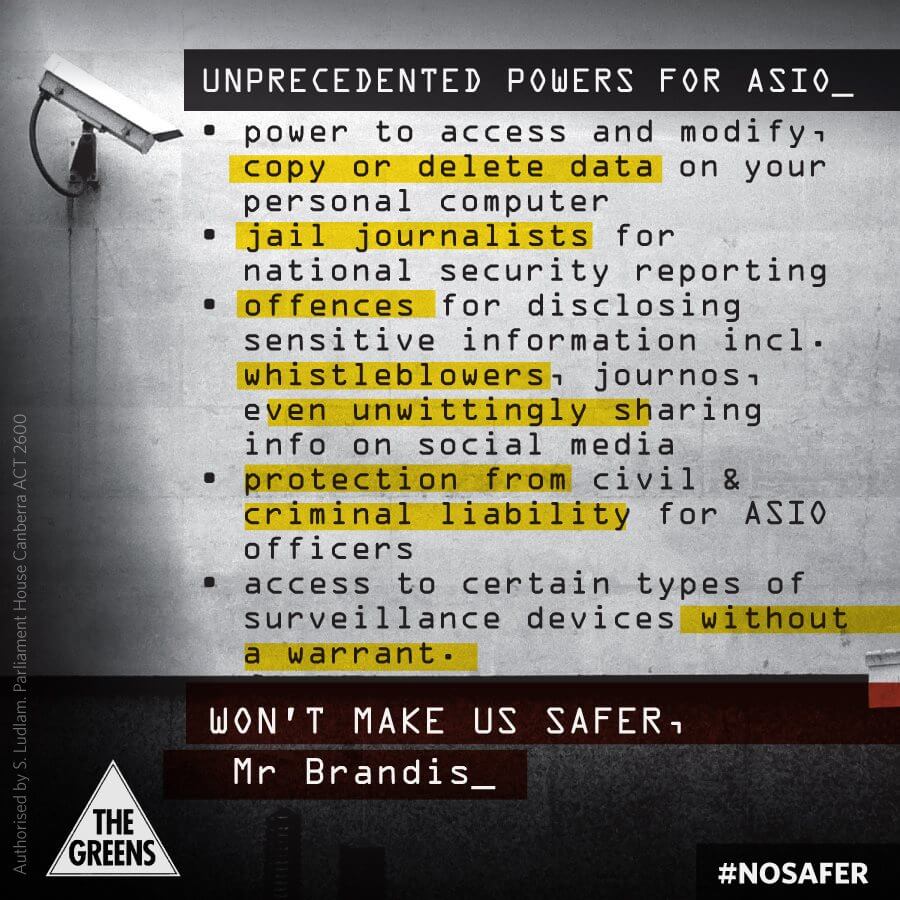 We already witnessed the evidence of this downward spiral through the recent calls to ban the face veil by a number of politicians. And, in the aftermath of the raids, a group of Muslims who protested in critique of the government and police response were described as an “angry group” by News.com and “hardline Islamists” by Yahoo News . In fact, Prime Minister Tony Abbott was quoted as saying that the protestors did not reflect the views of the wider Muslim community (as though he is an authority on Muslim representation).

“They’re committed to our country and they have no truck whatsoever with the misguided fanatics, with the bloodthirsty extremists who we’ve seen on our screens in the Middle East and who regrettably do include at least 60 Australians.”

The implication of this environment of fear is that the concerns of Muslims are continually dismissed by the government as invalid and reactionary rather than worth addressing.

These laws will inevitably affect everyone including political activists, animal rights protesters, anti-globalism protesters, liberals, academics, and journalists. Under the new legislation, ASIO will have the power to monitor the entire Australian internet with just one warrant, and journalists and whistleblowers will face up to 10 years in gaol for disclosing classified information.

The Australian Greens voted against the bill, slamming the new measures as extreme and a “relentless expansion of powers” of the surveillance state but, in an atmosphere of public anxiety, it proved easy for dominant powers to find support to implement sweeping counter-terrorism measures.

For those who will inevitably label me as an apologist for homegrown terror, I say that if it is proven that there are individuals who have genuine plans (not mere intentions) to harm others then undoubtedly they should be treated as criminals and tried in court. However, until we are presented with solid evidence I will continue to question the overkill display of preventative counter-terrorism measures in the past few weeks, the validity and effectiveness of cancelling passports and the need for the latest raft of anti-terror legislation.

Rayann Bekdache is a journalism graduate from the University of Technology, Sydney and currently works as an Australian public servant. She is passionate about good food, prose, politics and dark chocolate, and is known as the “fun aunty” among her nieces and nephews. Rayann prides herself on being honest at all times even if it is to her detriment and regularly enjoys random, but meaningful conversations with strangers.