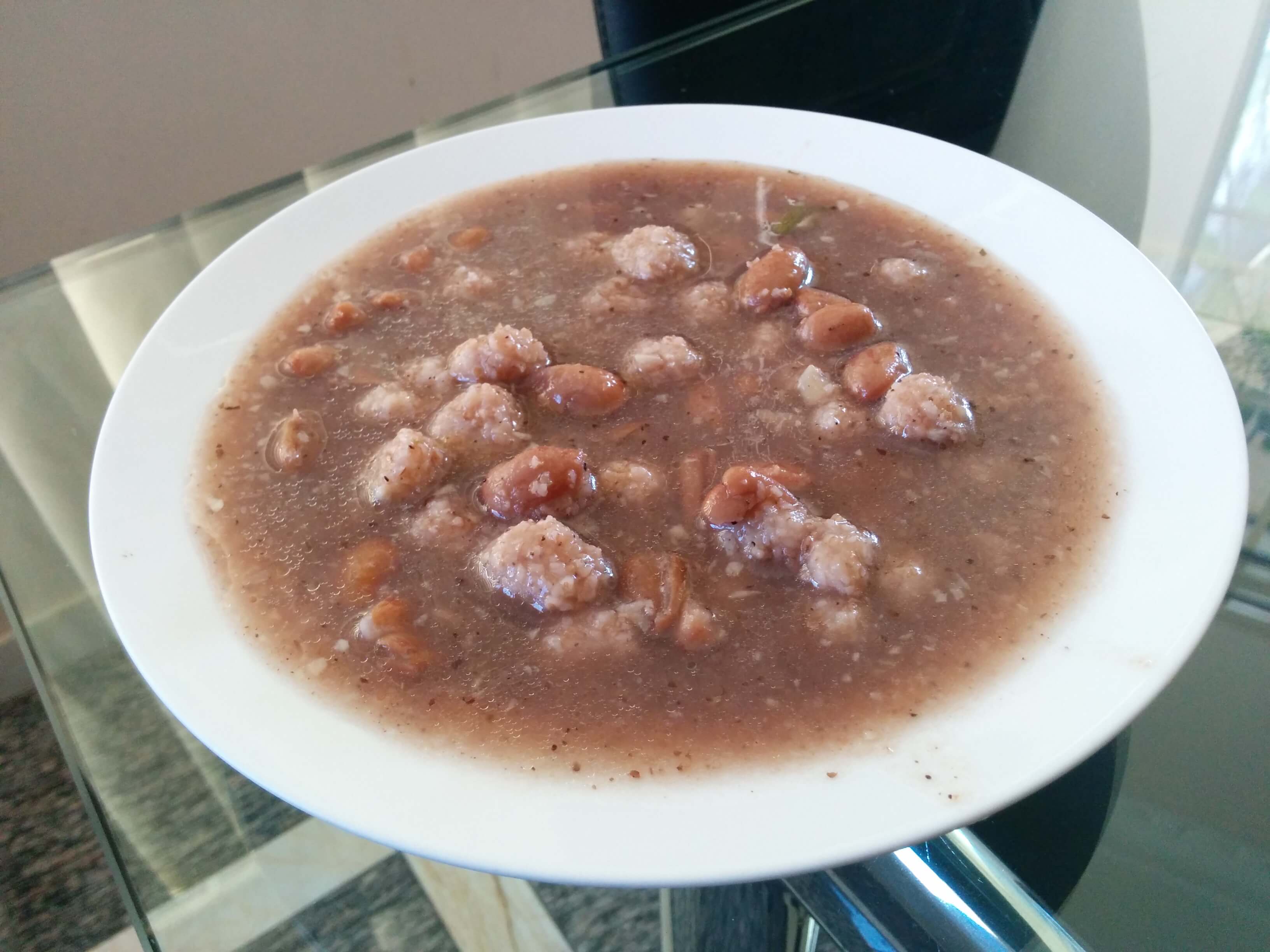 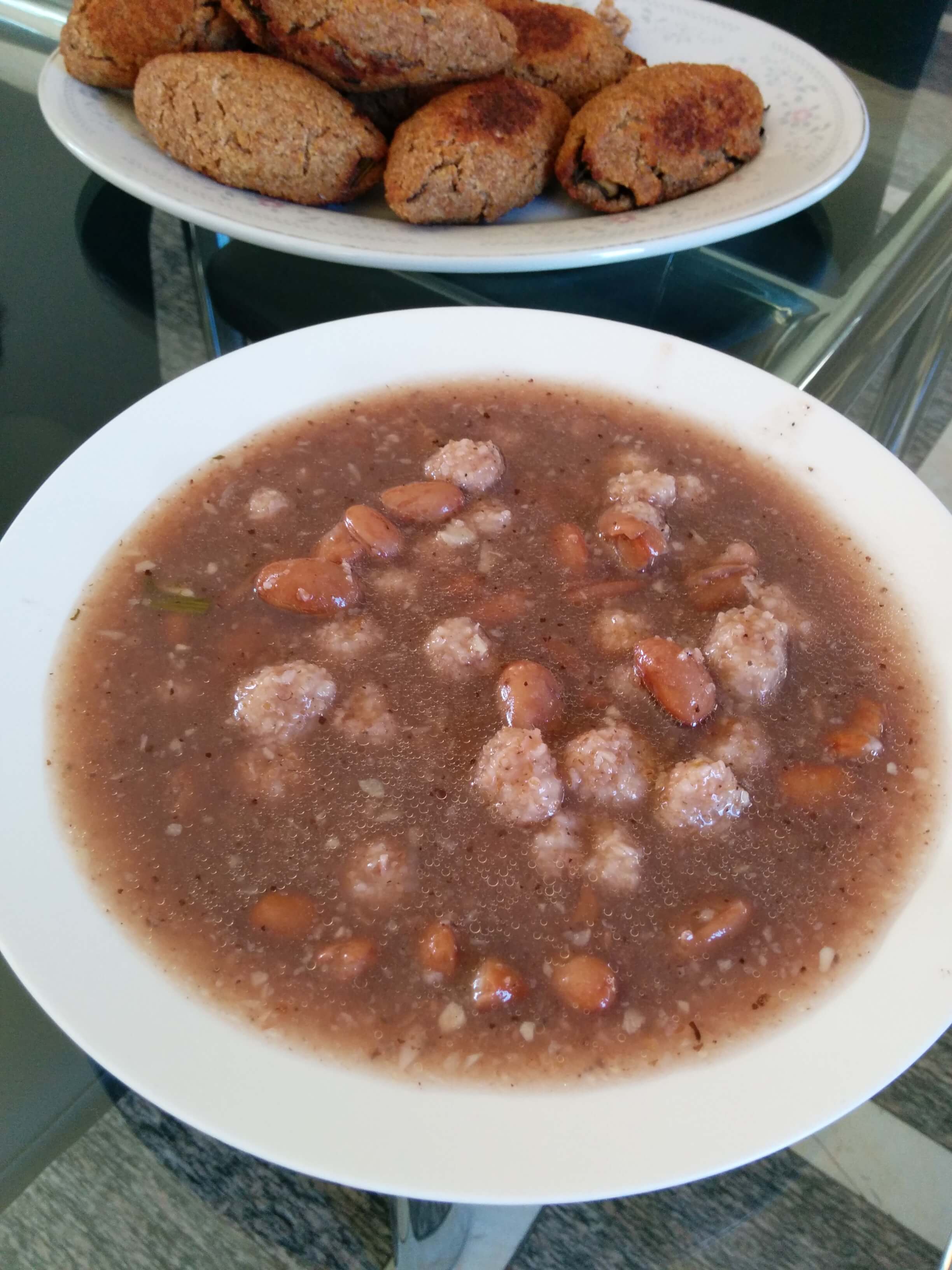 You can make the little burghul balls a day in advance. To make them, soak the burghul in some water for about half an hour. Meanwhile, finely dice two of the onions and pan fry with some olive oil until just before they brown. Allow them to cool then add them to the drained b urghul along with the flour, dried mint, sumac salt and spice. Knead into a doughy batter (adding some water if necessary) then roll the burghul mixture into little marble-sized balls.