The race to get married

By sajjeling on January 1, 2014 • ( Leave a comment )
“Over and over again, stories in women’s magazines insist that women can know fulfilment only at the moment of giving birth to a child…there is no other way for a woman to dream of creation or of the future. There is no other way she can even dream about herself, except as her children’s mother, her husband’s wife.” ? Betty Friedan, The Feminine Mystique (1963) 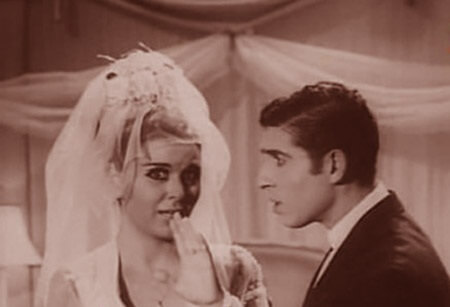 I’M OFF to visit my gossipy aunt Mona. A part of me is dreading it. I had been avoiding her for as long as I could, but I was seriously overdue for a visit, and she was starting to get offended. It’s not because I don’t like her, because I do. She has a warm, excitable personality and always offers me food and makes me feel welcomed.

No, the reason for my dread is because I know, at some stage during our conversation, a seemingly innocuous question will arise.

The question is asked in a falsetto tone that shouldn’t irritate me so much, but it does. It’s not the question itself, but the frequency with which it is asked, as well as the creative variations of it that have been devised. Perhaps I’m a little paranoid, and that the people in question only mean to make conversation, but I always feel some sort of tangible pressure to give an answer that will answer the real question: Why are you still single?

I’m a little on the highly-strung side, and this can leave me feeling sadly inadequate and triggers some self-conscious thoughts that I wouldn’t necessarily have otherwise harbored. Is there something wrong with me? Am I ugly? Why are X friend and Y friend partnered up, and I’m alone? Am I doomed to be alone forever? It is no consolation that I have been in relationships in the past – the message is that I should be married by now, in my late twenties, even with a kid or two.

Okay, is this a symptom attributable solely to my Arab heritage? No. It would be ignorant to say this is a social expectation specific to just the Arab culture. But marriage, and the celebration of marriage, is a huge part of Arab custom and is considered an inevitable rite of passage. Having a relationship outside of an official engagement or wedding is frowned upon as females are still, consciously or not, seen by many parents through the lens of a patriarchal and proprietorial society, one in which they are to be over-protected and given away only to a worthy suitor.

When I visited Lebanon, some of my female relatives were encouraged to get engaged in their teens and were judged on their reproductive and domestic housekeeping abilities. If a woman couldn’t conceive, it was she who bore the blame, even if it was the man’s reproductive function that was impaired.

Many were told by their husbands and fiances not to work. Although I was not there long enough to judge their level of contentment with the routine of babies and household chores in which they had fallen into following marriage, I did see a lot of bitterness towards the way their lives had eventuated, the way they had petty arguments with their spouses, enthusiastically partook in malicious gossip towards their mother-in-laws, sister-in-laws, wives of brother-in-laws, neighbours and anyone else plus their sister. I couldn’t help but wonder how much of it had to do with idle time and misplaced resentment over wasted talent and frustrated desires.

In the West, women of various backgrounds, including women of Arab descent, fare better, in that they have access to jobs and education a lot more readily due to a more progressive culture and prosperous economy. However, many of us second generation females from more traditional families still feel pressure. Some of the comments I have personally gotten over the course of my late twenties, during an extended stint of singledom include:

“Hurry up and get married! Look at your cousin and how happy she is, with her kids bouncing around at her feet.”

“I really want you to get married before your eggs dry up and you’re unable to have children.” I was 28 when this comment was made.

“It doesn’t matter that you don’t feel attracted to him – attraction is something that grows!” This was said to me after I told a family member that I stopped seeing a guy because I felt intuitively that he wasn’t my type.

“You shouldn’t be so loud and domineering – that intimidates a lot of men.”

“If you don’t like to clean the house then you shouldn’t marry an Arab guy.”

Then there’s the run in with old friends from high school. One nauseatingly smarmy girl whom I loathed at school exclaims proudly, as she extends her palm and shows me a large, gleaming white rock on her finger, “Look at what my husband bought me.” And later: “So are you married yet?” I felt like Bridget Jones in that awful dinner table scene where the guests seem to be making a point of her pathetically single status.

It doesn’t bother me that I’m not married. It does bother me that it’s seen as some sort of problem. I hope to one day meet a great guy with whom I can share many laughs, memories and aspirations. I may or may not want to have kids. But the point is, I have to consciously stop myself from internalising the social pressure to hurry up and get hitched. I want to find the right person for me – not someone I got involved with mostly so that I could appease a cultural norm.

I also have to consciously put things in perspective. Some people marry, other people don’t. Some will have kids, others will choose not to. It’s a simple point to make, but I’m sure women have felt the pressure to behave uniformly on this very complicated life decision – to get married or have kids by an externally dictated time, lest we be perceived as lacking in some way.

Life simply doesn’t work like that. We all have unique and varied experiences that come at different times. Life partnership with a best friend is a sacred and beautiful thing, but it isn’t the only means to happiness and a satisfying life. When women have their own pursuits that they are passionate about, meeting a man stops being such an urgent necessity and is instead something that often happens involuntarily as we live our lives.

Perhaps it’s naive of me to envisage a day when I can go to an aunt’s house and talk about activities I’m involved in, projects I’m passionate about, places I want to travel, dreams I have, instead of the usual tired talk about when I’m going to get married. But I’m still hopeful.