Why do Arabs vote for the Labor party? 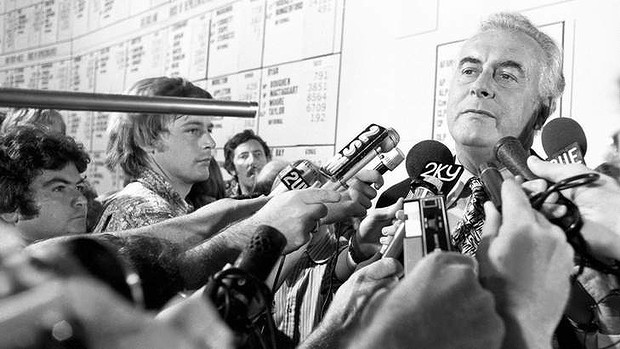 Jennine: On the morning of the 2011 state elections, my father told me to preference Labor.

“I’ll vote for whoever I want,” I replied. It was my first time voting and I felt annoyed that he wanted to claim what I saw as an important coming-of-age ritual.

I was not surprised by my father insisting that I vote for Labor. My parents, along with most of my older relatives and family friends, are loyal to the Australian Labor Party (ALP) – at times, beyond my comprehension.

I have lived in western Sydney my entire life, and we have ALP placards in the front yard during federal election campaigns. I grew up deathly embarrassed by those campaign signs.

“None of our neighbours have any. Can’t you just take it down?” I’d complain. Why did everyone have to know? I always fought the urge to vandalise the faces and forced smiles of Labor candidates who were unrecognisable to me.

What is it about Labor, a party that has shifted to the right in its policies, that continues to hold the Arab, particularly Arab Muslim, vote? Why is the Palestinian-Australian community, in my experience, loyal to them?

Many relatives had, and still have, slight socialist pan-Arabist leanings, influenced by secular Palestinian revolutionary parties in the 60s and 70s, who struggled for Palestinian liberation and represented the Palestinian working class and the millions of refugees waiting to return.

Before gaining Australian residency and citizenship, my Palestinian family were stateless and lived in Arab countries where they were often treated like second class citizens. Here, in Australia, they could vote. They could work – they were not barred from any professions, which was and still is the case in Lebanon. They could own homes. They worked hard and built a life for themselves here from humble beginnings.

When my family immigrated to Australia during the 1970s and 80s, the Labor party represented the interests of the working class and did not see foreigners as boogeymen to the extent that the Liberal party did.

When Bob Carr led the opposition, he took an interest in Arab communities and formed bonds with representatives.

And as the 90s rolled around, it was simply a case of “anyone but Howard”, viewed as a white supremacist because of his anti-multicultural One Australia platform and his attempts to further undermine Indigenous rights and cleanse the Indigenous narrative. Still, though, wasn’t it Hawke who sent Australian forces to join the Gulf War? Wasn’t it Carr who established Labor Friends of Israel? Wasn’t it Keating who introduced mandatory detention for asylum seekers? How did this not nip at some of the socialist sensibilities they inherited from the struggle in the homeland?

For them, it was, and still is, a case of choosing the most benign of the two racist parties. And while they did not necessarily warm up to the Labor party, they did warm up to friendly and well-meaning Labor candidates in the electorates of western Sydney. The ALP – at least on a local level – was more progressive and offered a more human, inclusive, and less conservative approach than the Liberal party.

Loyalty to the Labor party increased by tenfold after John Howard had a stint as Prime Minister. Not only did his leadership solidify older community members’ loyalty to the Labor party – the young started showing interest in Labor too. You will be hard-pressed to find anyone in the Arab (particularly Muslim) community – you know, someone of Middle Eastern appearance – who is nostalgic for the invasion of Iraq, or the Us and Them mentality Howard championed during the Cronulla Riots.

Mehal: Most of my family members have an opinion on foreign policy and lament the era of Gough Whitlam.

I, on the other hand, am a confused voter. I am still recovering from the vertigo that came with the dramatic shift to the right in Australia’s left-of-centre politics. But despite funding cuts to education, healthcare and what can only be described as a proud approach to institutional racism by the Labor government, the Arab Australian population remains largely loyal to the Australian Labor Party.

My family settled in Sydney after leaving Lebanon in the midst of civil war during the 1970s. At this time, the Labor party under Whitlam embodied everything my grandparents sought when they had decided to migrate: accessible and affordable education, universal health care and a shift toward multiculturalism. These policies, progressive as they were at the time, had a profound impact on our quality of life. Access to affordable education, in particular, assisted in securing a promising future for two generations (and presumably many more to come) who would otherwise have had very little prospect in our home city of Tripoli.

It must be relieving to find that after generations of struggle and sacrifice, your family is both safe and successfully contributing to a flourishing society. Unlike our generation of fleeting wants and desires, my parents’ and grandparents’ generations remember all too well where these opportunities came from. It is for this reason that they have a long standing loyalty and connection with the ALP, even if it moves away from left of centre.

Mostafa: Western Sydney, inhabited by a high number of Arabic speakers, used to be a Labor stronghold.

But Labor has become too comfortable with its safe seats and has recently been losing Lebanese support.

The state seat of Blaxland, which covers the areas of Auburn, Bankstown, Berala, Fairfield, Granville, Guildford and Merrylands, has been controlled by Labor since its inception in 1949. The last census shows that these areas have a significant population of Arab Australians – almost 40,000. Although Arabs are not a majority in the area, they still are a large enough minority to impact election results.

Recently, the Lebanese Muslim Association declared its support for the Liberal National Party. They have drummed up support for the Liberals among Arab constituents to show the Labor government that their seats are not as safe as they had always thought. This strategy has yielded results, with incumbent State Labor MP Robert Furolo only just winning the seat of Lakemba by the skin of his teeth. There was a 27% swing, Liberal’s way.

Julia Gillard’s recent visit to western Sydney and her emphasis on the region – including 19 proposed infrastructure projects getting the green light, in contrast to the maximum of three from other regions – shows that Labor is noticing and that the Lebanese community is no longer holding tight.