Cedars of Lebanon and the Lebanon Carnival 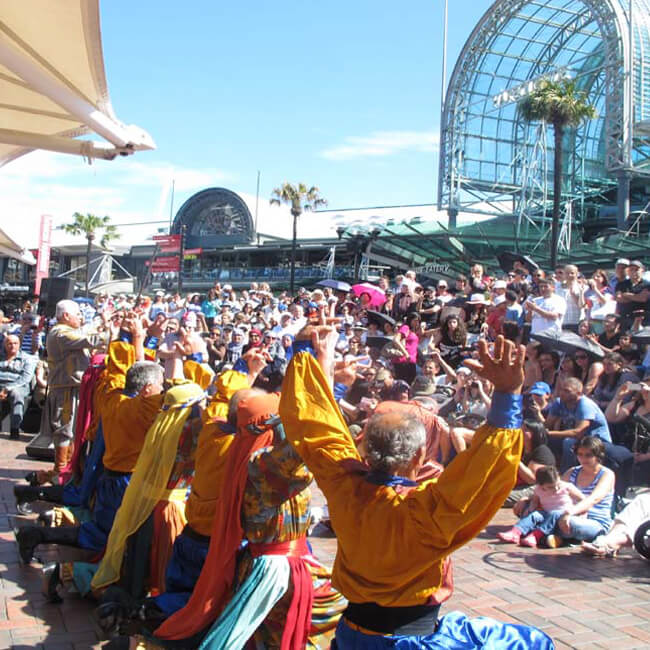 Established in 1977, the Cedars of Lebanon Folkloric Group is a long time advocate of Lebanese culture in Australia. The group’s founder, Elie Akouri, began it as a way to form friendships with others facing similar difficulties as himself upon migration.

“I had neither family nor friends yet, and planning for the future was not as easy as anticipated,” he says.

Almost forty years later, what started off as a small community dance group has flourished into an entertainment company that is known and respected among Sydney’s Arab community. The group’s success allowed them to help out those in need, much as they were once upon a time. Their mission statement includes the group’s goal ‘to send aid to the motherland Lebanon, and its inhabitants, who are our people, as circumstances dictate’, and they also aim to provide a sense of community between Australia and its people.

Producing the annual Lebanon Carnival is just one of the many opportunities by which the Cedars of Lebanon Folkloric Group has broadened its horizons. In line with Elie’s aim to unite generations with their heritage and keep Lebanese culture alive in Australia, the Carnival presents Lebanese culture to the public in a colourful and vibrant way. This year the Carnival features Elie’s own original dance group, the much loved Alex Hadchiti, Fadi Assaf’s stunning voice and up-and-coming songstress, Adryenne.

With the negative press that currently surrounds Arab communities, it is important that we recognise the beauty of such a thriving culture in Australia, and make efforts to participate in changing the way it is perceived for the better.

If you’re up to enjoying a beautiful day at Darling Harbour this Sunday, join us in celebrating some of the greatest aspects of Lebanese culture; there will also be food!

Adrienne is a second-year communications student at UTS who procrastinates by teaching kids to sing and managing events. She writes songs in English, has released music overseas and covers the occasional classic, danceable Arabic tune.

Adrienne can be found on Facebook and tweets from @adryennemusic.