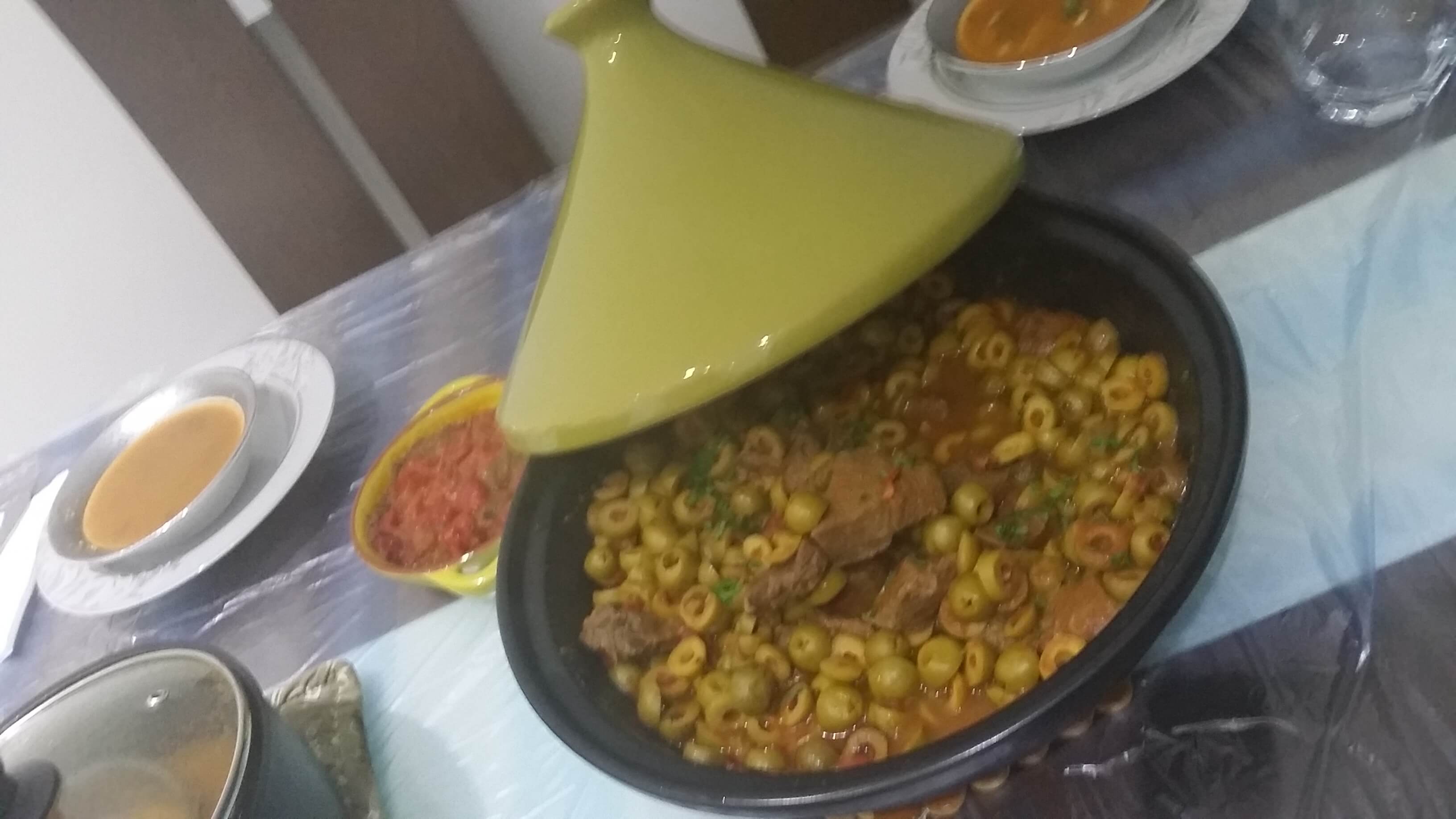 Which Arab on this planet does not love olives? Oh the wonders it can do for your hair, skin and stomach. With olive trees growing left, right and centre in North Africa, a common dish in Maghrebi cuisine is Tagine zeetoun, which is generally served throughout Ramadan.

While typically a tagine would be used for stewing the lamb, these days it is used more for decoration, cultural importance and all that jazz. Because we’re short on daylight hours, a pressure cooker will be a fine substitute in this recipe. Green olives are also preferred here, as their flavour would work well with the sauce.

Ryma is a Bachelor of Arts (Media)/B of Laws student at Maquarie University and hopes that her degree will enable her to do some good in the world. She’s a major bookworm with a self-proclaimed “kiss of death”, whereby every book she reads ultimately becomes too popular for its own good and finds itself turned into a motion picture. Oh the horror.