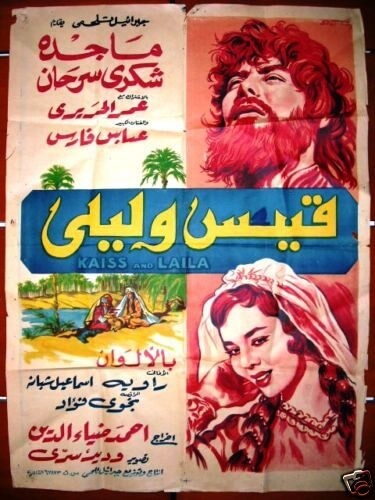 Arabs rarely do anything by halves, and love is no exception.

Theirs is a love that consumes and engulfs. Its flames invade the barriers of the soul with warmth and danger, simultaneously. It breaches the security codes of internally constructed walls and leaves the brain issuing a “woop woop woop” of alarm. But warning is futile against a love that, like quicksand, ensnares its victims too deep and too fast for an evacuation.

Qais and Laila embedded the idea into Arab folklore; the story of majnun, a man driven to insanity out of love for a woman he could not attain. With a heritage like that of Qais and Laila, it’s unsurprising that one of the more famous Arabic sayings is a poet’s realisation that:

And of love, there is that which killed…

It is dramatic, intense, ominous and powerful. And these excesses of passion translate into every tame or torrid expression of love by an Arab, whether friendly, familial or romantic.

So how do they love thee?

This regularly used Syrian expression literally translates to “May you bury me” – but, hold your phones! It’s not an invitation to bury the speaker alive. It merely expresses love so attached that the speaker wishes to die before their loved one so that they may never experience losing them.

“May my last day dawn before yours”, Bahrainis declare.

Like Syrians, the prospect of outliving their loved ones by even a single day is, to them, so unbearable.

Arabs really dig this “till death DON’T do us part” business. Or, as the Bedouins put it, “Together we live and together we die”.

“May my eyes be ruptured if I see or visualise anyone but you.” You can’t get more loyal than a Bahraini, it would seem. This phrase really speaks for itself. Can’t handle the drama? Take the nearest exit out of the Gulf…

This Arabic proverb teaches that a hit from the one who loves you is as sweet as eating sultanas. As yet, no discoveries have been made of the allegedly amazing sultana specimen.

“I have dissolved into you.”

Can you feel me invade your senses? Our essences fuse and we breathe, move and live as one.

Too touchy feely for your tastes? Skip over to Oman for this next, more abstract mode of love.

Lovers beware. Abstract is not always the best state of mind.

This phrase and its cross-dialect variations denote a state of bewilderment in love. Its pronouncer is lost in feelings of a love so overwhelming that it leads to days of wandering the Earth in the kind of emotional despair that leads to madness.

“I love you to death” is probably the most universally violent proclamation of love. It works well across Arabic dialects. Iraqis and Gulf Arabs may pronounce it as “Ba7ebbech mawt”.

“I die in you”. One would hope that this term is not preceded by “dayeb feeki” because the funeral arrangements would be rather impractical. If they’ve dissolved in one another, which body do we bury?

Levant Arabs may phrase it as “bamoot 3aleyk” (???? ????), which literally translates to “I die over you”. The corpses clearly remain a logistical problem.

If you’ve ever wondered who most keeps the Grim Reaper in business, you now have your answer.

Arab love is not for the faint-hearted. Please consider life insurance and handle with care.

This article was amended on 19 October 2016 thanks to reader feedback clarifying that the word “ruptured” would be a more appropriate translation of the colloquialism at hand in phrase 4. Thank you, readers!